Boost for Pinarayi Vijayan as Left ahead in Kerala local polls

A greater setback was evident for the BJP, which was seen promising that they will ride high, but failed to do so to the desired levels of their expectations. 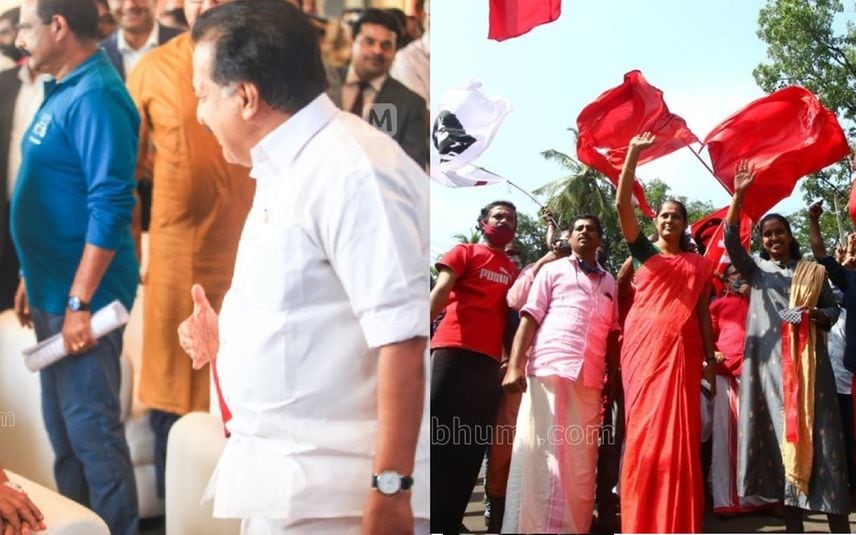 Thiruvananthapuram: Despite facing a host of controversies ahead of the civic body polls, Kerala's ruling CPI-M-led Left Democratic Front was ahead of its rivals as counting of votes reached its final stages on Wednesday, and Chief Minister Pinarayi Vijayan appears to be on a high.

The opposition Congress-led United Democratic Front, which initially was seen putting up a better show in the first round of counting that began at 8 am, appears to have failed to make effective use of the numerous alleged scams of the Pinarayi Vijayan government.

A greater setback was evident for the BJP, which was seen promising that they will ride high, but failed to do so to the desired levels of their expectations.

The shocker came at the Kochi corporation, where the Congress' mayoral candidate N. Venugopal lost by just one vote to his BJP rival, and for the Left, there was one in the Thiruvananthapuram corporation, when incumbent Mayor K. Sreekumar had to bite the dust.

In the three-tier local body structure, trends indicate that in the six corporations in the state, the LDF has romped home in Kollam, Kozhikode and Thiruvananthapuram while the UDF appears to have done well in Thrissur and Kannur and at Kochi which it ruled for the past 10 years, it was a cliff hanger.

In the municipalities, the UDF is leading in 45, the LDF is 35 while the BJP is ahead in four.

Compared with the 2015 polls, at the moment, the UDF has overall managed to get more, while in fact the Left has got marginally less than what they got in 2015. Likewise the BJP overall in the three tier structure have fared slightly better, but fell far below their expectations, where they were expecting to rule the Thiruvananthapuram corporation.