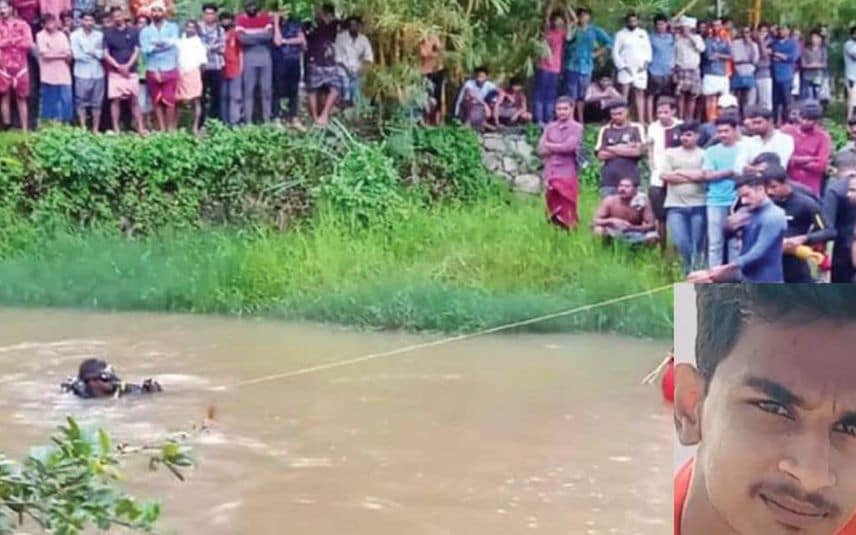 Thiruvananthapuram: The body of a youth who went missing in the Ithikkara River was found on Wednesday. The deceased has been identified as Noufal, hailing from Ayathil in the Kollam district.

Noufal went missing while bathing in the river with his friends in Pallimon on Tuesday. He was swept away by the strong undercurrent.

13 people have lost life so far in rain-related incidents in the state. As many as 24 houses were completely damaged, and 80 others were partially damaged on Sunday. In total, 130 houses were damaged so far in the last three days.

On Tuesday night, a large pothole formed in the middle of the road in Muvattupuzha town. The pothole was formed near the Kacherithazham bridge. Locals said that heavy rain recorded in the area for the last few days might have led to the damage. The water level in the Muvattupuzha (river) has also risen in the last 24 hours, leaving many places near the banks flooded. Additionally, a blue alert was issued by the authorities due to the rise in the water level in the river.