Body of Arjun, youth who went missing from ship in Tunisia, brought to homeland 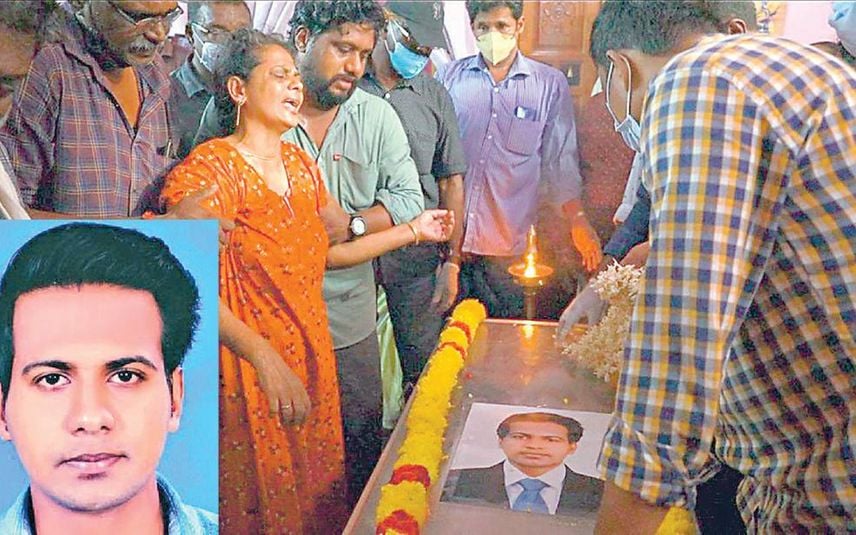 Thiruvananthapuram: The body of Attingal native Arjun Raveendran (27), the youngster who went missing from a ship in Tunisia, was brought to his homeland.

Arjun had left home on March 5 after getting a job in a shipping company based in Mumbai. He travelled from Mumbai to Turkey on March 17 and joined his job there. He used to phone home regularly in the beginning. It was on April 20 that Arjun phoned home the last time. He had said that the ship was on the outer sea of the port in Tunisia and that it was waiting for the permit to enter the port.

The Indian Embassy phoned after a few days saying that a body was recovered from the Tunisian sea on May 13 and that they needed Arjun’s mother’s DNA to confirm if it was him.

Following this, Arjun’s mother’s DNA profile was sent on May 21. The family was informed that the DNA profiles matched and that the body was Arjun’s. Arjun had informed his family that his boss always shouted at him and used to torture him. His family alleges foul play behind his death and has called for a detailed investigation. Many people including MLA O S Ambika offered condolences over his death. The body was cremated on the house premises by 5 pm on Monday evening.

Several injured, 12 arrested as enmity between two groups ends up in violent clash in TVM