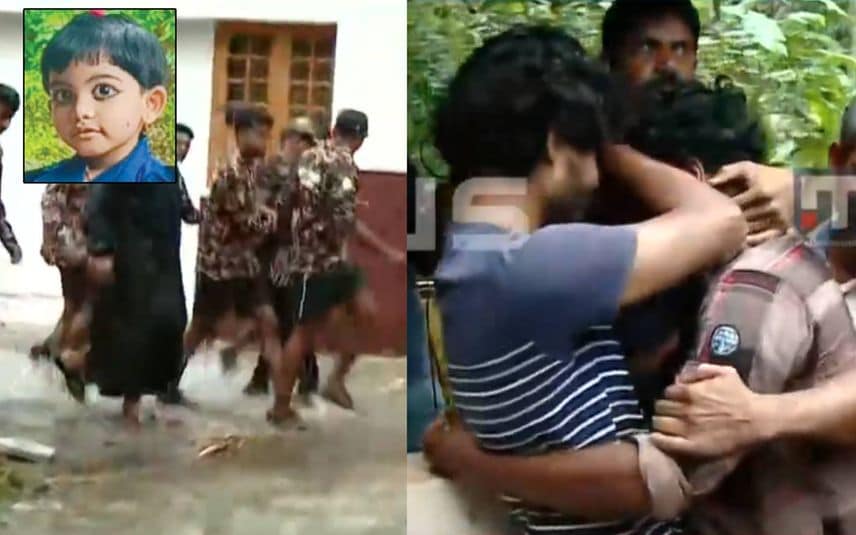 Peravoor: The body of a two-and-half-year-old who went missing in Peravoor has been recovered. Numa Thaslin, daughter of Chenganoor native Nadeera, had gone missing yesterday. The body was recovered following the search led by the NDRF team and other locals.

Nadeera had stepped to the backyard of her house with Numa after hearing a rumbling sound and was carried away by the currents. Though Nadeera was rescued, Numa, who was holding on to Nadeera’s hand, got lost in the currents. The fire and rescue team saved Nadeera and another person from a neighbouring family. The body of Numa was later found in the search.

Landslides hit places including Poolakutty, Vellara, Chekkeri in Kolayad panchayat, Poolakundu, and Velloonny in Kelakam. Vellara native Chandran (55) has gone missing. His house was completely destroyed in the heavy rains. Chandran’s son Rivin had also gone missing but he was found and admitted to a hospital. One building of Kripa Bhavan in Peravoor was completely submerged under water. Kripa Bhavan director Santhosh said that around five ambulances that were parked there were displaced by the currents.