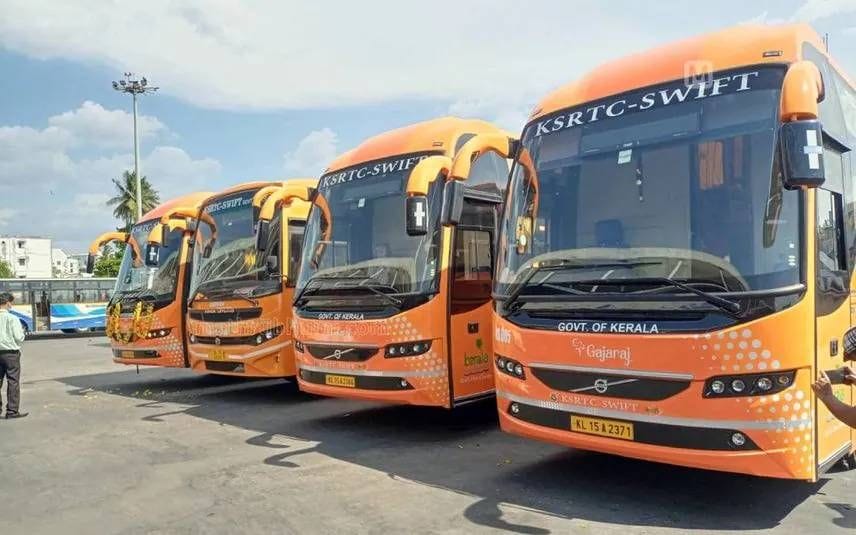 The protestors raised discontent on handing over a KSRTC service to Bengaluru to KSRTC Swift. They blocked the Swift bus scheduled for Bengaluru at noon.

The bus service was reinstated later, following the arrest of the activists.

KSRTC suspends driver for ‘indecent behaviour’ at a lady passenger

Mannuthy: A man who hacked his son following a family dispute later killed himself in Nettissery. The deceased is Arjunan (62) of Ayyappathu house. His ..

Thiruvananthapuram: Karichara near Murukkumpuzha in Kazhakoottam witnessed dramatic scenes during the stone laying of the SilverLine project resumed after ..

Kodiyeri Balakrishnan to fly to US for treatment

Thiruvananthapuram: CPM State Secretary Kodiyeri Balakrishnan will fly to America for treatment. He will be there for almost two weeks. Kerala Chief Minister ..