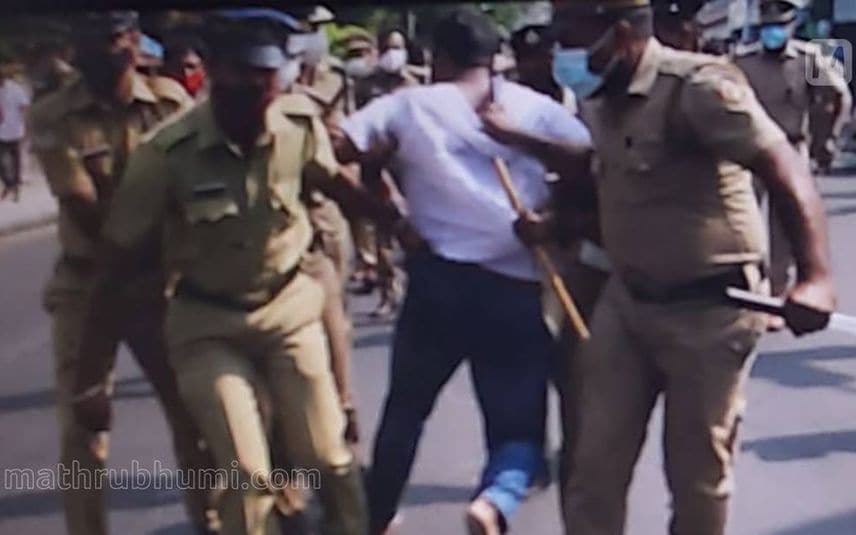 Kochi: Kerala High Court has issued notice to the State Government and asked it to file a counter affidavit on a plea challenging the arrest and detention of persons who were protesting against Kerala CM Pinarayi Vijayan waving black flags.

The plea was filed by Sam Joseph, an Ernakulam native. He sought that, "to make a declaration to the effect that the arrest and detention for waving black flags in protest are per se illegal and unconstitutional and direct the State Government to grant adequate compensation for the persons booked for waving black flag in front of the Chief Minister and Ministers in protest."

Last month Youth Congress workers waved to CM in various parts of the state as part of the protest demanding his resignation from the post of CM over the Kerala Gold Smuggling Case.

In these, Youth Congress workers showed a black flag to the CM three times in a single day in Kochi also. Police were taken them into custody over the protest and registered non-bailable offences against some of them.

Game is for starving people too; Minister's statement resulted in low turnout: ...

Homosexuality unnatural; transgenders must be given counselling to accept ...