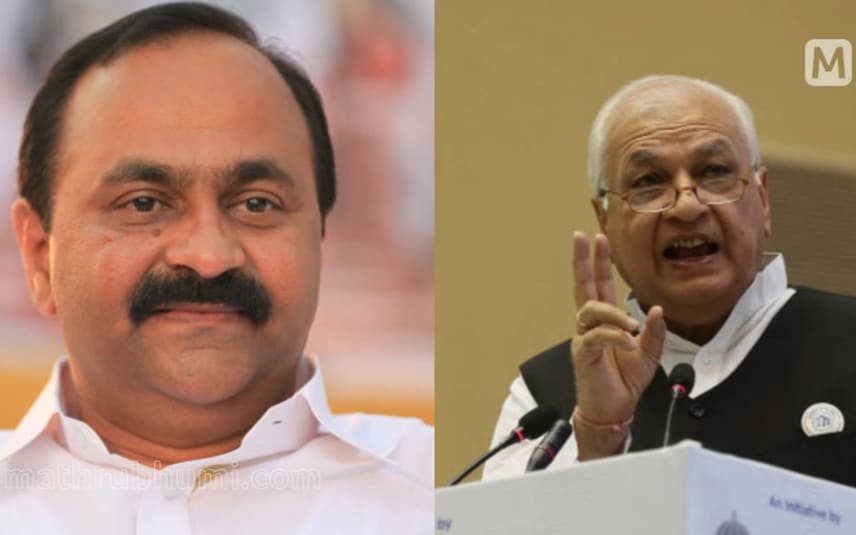 Thiruvananthapuram: Opposition leader VD Satheesan has reacted to Governor Arif Mohammed Khan's criticism against him here on Saturday. Satheesan said that Khan is not eligible to be in Governor’s position and called him BJP’s Thiruvananthapuram spokesperson.

The Opposition leader pointed out that Khan swapped five political parties for getting his things done. He also demanded the state government control the conduct of the Governor.
Satheesan also reacted to Governor’s remarks that the Opposition leader should take Oommen Chandy and Ramesh Chennithala as his role models.

“I am a person who tries to understand the good sides and advice of great leaders in Congress, just like I perceive Gandhi and Jawahar Lal Nehru. However, I will never listen to the advice of Arif Mohammed Khan,” he asserted.

“Even if I lose all my positions or end up jobless, I will not take the advice of a person like him who has roamed in five political parties before becoming a governor,” he added.

Will not allow to legalise any illegalities: Arif Mohammed Khan