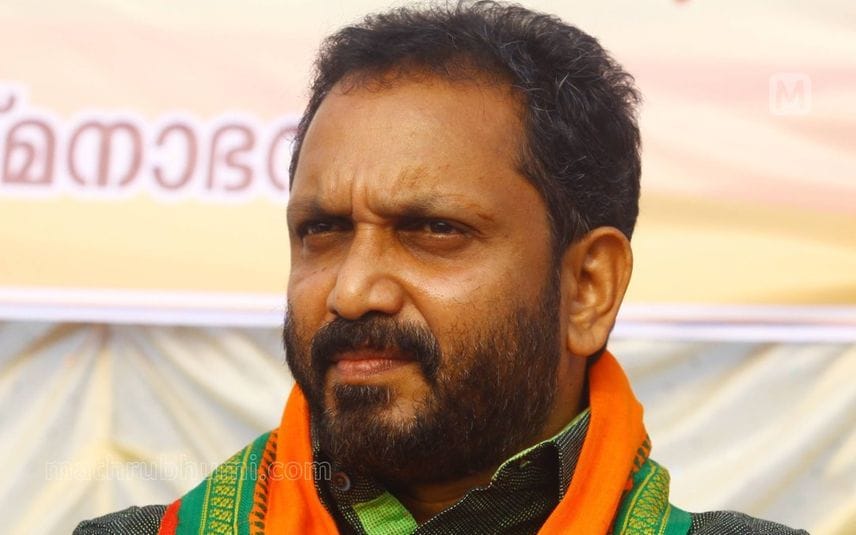 Alappuzha/Kochi: The BJP on Sunday rejected Congress claims that MP Rahul Gandhi's office in Wayanad was allegedly vandalised, on CPI(M) directions, to appease Union Minister Smriti Irani who had last month visited the high range district in Kerala and claimed that no development has been undertaken there.

BJP state president K Surendran said that in states controlled by the party they have countered Gandhi politically and not like this and there was no need for Sangh Parivar to be happy about the attack as claimed by the Congress.

Surendran, while speaking to reporters at Alappuzha, alleged that such attacks were tactics of the CPI(M) to divert attention from the allegations against the CM and the Congress has fallen into this web spun by the Left party.

He said that Congress was chasing shadows by claiming that the attack on Gandhi's office was carried out on the orders of CPI(M) to appease the BJP.

Surendran's response came after Leader of Opposition (LoP) in the state assembly V D Satheesan, speaking to reporters at Kochi, alleged that on May 3 Union Women and Child Development Minister Smriti Irani had urged her party members here to oust Gandhi from Wayanad.

However, as BJP could not do that, the "quotation" was taken up by CPI(M), Satheesan alleged and said that even the latter does not have the wherewithal to oust Gandhi from Wayanad.

The Congress leadership had made this allegation on Saturday also.

During her visit to Wayanad, Irani had said there was "much that has not been done" in the district and also took a dig at Rahul Gandhi, saying, "I am not Rahul Gandhi, I don't run from Amethi."

On a query by reporters that there are allegations Gandhi has not done anything for Wayanad district, the LoP responded by saying that perhaps that is why documents and files, regarding the projects or work the Congress MP was carrying out there for kidney and heart patients, were stolen by those who vandalised his office.

Satheesan said that Gandhi periodically visits the district as well as carries out timely review meetings regarding progress of development work in Wayanad.

In his interaction with mediapersons in Thiruvananthapuram, he said that 36 SFI workers, including women, were in custody in connection with the incident as neither CPI(M) nor SFI condoned such behaviour by their members.

He also said that a personal staff of state Health Minister Veena George, identified as Avishith, was removed from her staff for good in view of the allegations that he was among those who vandalised Gandhi's office.

Balakrishnan said that earlier the staff member was temporarily kept away from her office activities as he had not shown up for work for several days at a stretch.

However, George had claimed on Saturday that her staff member had relieved himself from duty earlier this month citing personal reasons.

Balakrishnan also said that the Congress leadership did not condemn the recent alleged attack on Chief Minister Pinarayi Vijayan by Youth Congress workers on board an aircraft after it landed at Thiruvananthapuram.

The CPI(M) state secretary further said that the party's district committee in Wayanad has been directed to inquire into the incident and if any party member was found to be involved in it, strict action would be taken against them.

He further said that all party cadres have been repeatedly told not to engage in violent protests as it would benefit the UDF and lead to isolation of the Left front.

Hours after SFI activists indulged in the vandalism on Friday, the Left government had ordered a high-level probe by an ADGP-rank officer and suspended Kalpetta Deputy Superintendent of Police.

A protest march of the SFI against Gandhi's office here on Friday turned violent as a group of activists entered the Lok Sabha member's office and vandalised it, prompting the Chief Minister to strongly condemn the incident and warn of stern action against the culprits.