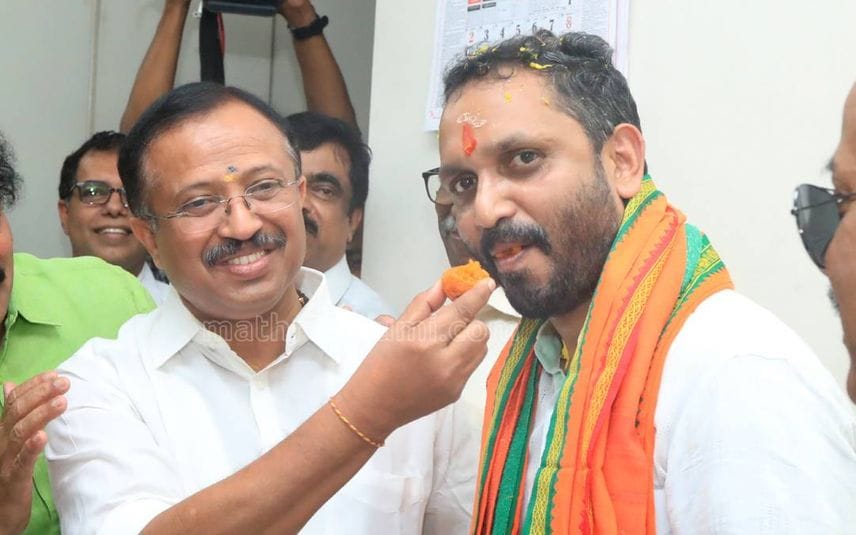 Thiruvananthapuram: The national leadership of BJP has decided not to field Union Minister V Muraleedharan for the Assembly elections in Kerala. Meanwhile, BJP state president K Surendran will contest from Konni in Pathanamthitta as chances of victory looks remote at Manjeswaram in Kasaragod where he had previously contested.

Muraleedharan will lead the election campaign activities for NDA in Kerala.

Earlier his name was raised for the Kazhakootam seat as he had been actively involved in the constituency for the past 5 years. However, latest reports said the national leadership instructed him not to contest.

The primary list of BJP candidates will be released soon. It will be handed over to Home Minister Amit Shah who is arriving here on Saturday. The official release of the list will be done after the central parliamentary board meeting of the party.

Metro Man E Sreedharan is likely to be fielded in Thrissur while Kummanam Rajasekharan in Nemom, PK Krishnadas in Kattakada and MT Ramesh in Kozhikode north.

It is also expected that AN Radhakrishnan will enter the fray in Manaloor, C Krishnakumar in Malampuzha and VV Rajesh in Vattiyoorkkavu. Also one of the seats in districts with more than five seats will be reserved for women candidates.