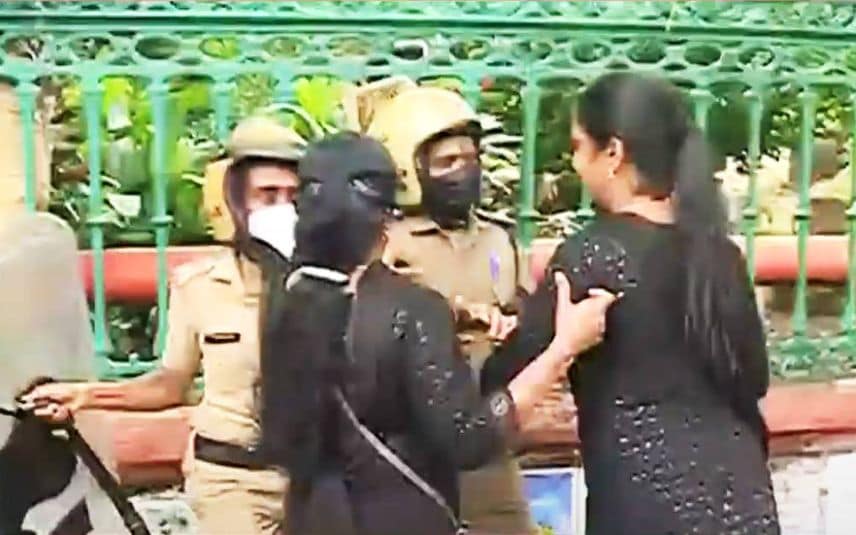 Thiruvananthapuram: The march of the BJP workers to the state secretariat demanding the resignation of chief minister Pinarayi Vijayan turned violent on Wednesday.

Police used water cannons on the protestors. Some of them tried to jump over the gate and enter the secretariat compound.

The protests in the state by the UDF and BJP are continuing on Wednesday as well. The protestors are demanding the resignation of the CM over the allegations raised by gold smuggling case accused Swapna Suresh.