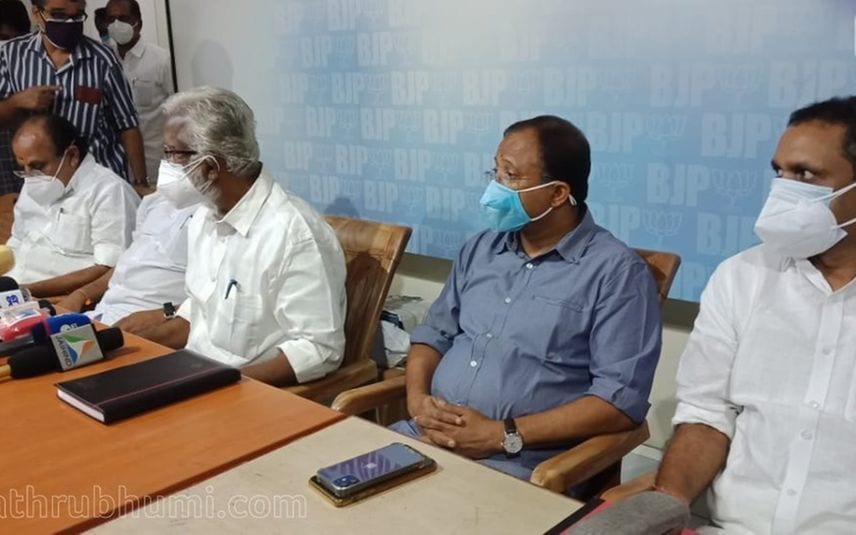 Kochi: BJP leaders alleged that Congress and CPM are trying to corner state president K Surendran and insult him publicly but BJP would not allow it. They added that their attempt to disgrace the party would not yield any result. BJP leaders said this in a press meet held ahead of core committee meeting.

The police did not examine the call list of those who were added as accused in Kodakara black money case. The culprits are CPM and CPI workers. But their details are not disclosed. The government is answerable to the questions on the conspiracy behind the case, Kummanam Rajasekharan said.

Dharmarajan is actually a complainant. What is the point in analysing his call list and interrogating everyone he called? The state president’s son is summoned and quizzed in order to tarnish the image of the party in the state, Kummanam alleged.

Kummanam also criticised the police action against BJP core committee meeting also. He said that they had sought permission to convene the meeting and followed all protocols. However, the state government take a biased stand against BJP, he said.