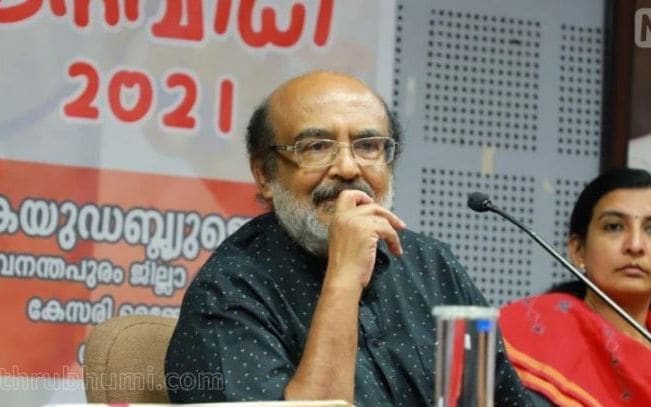 Thiruvananthapuram: Finance Minister Dr T M Thomas Isaac alleged that BJP has been using the Enforcement Directorate (ED) for political gains ahead of the assembly elections. The union finance minister is spearheading the violation of the model code of conduct.

Thomas Isaac declared that no one can destroy KIIFB. He was addressing the media after ED registered a case against KIIFB over the masala bonds.

“ED is trying to threaten the officials. They summoned the KIIFB officials twice. They are demanding an answer which suits their requirements. We won’t allow any attempt to threaten the Kerala government staff. If the centre is planning for an open battle with the state government, we won’t step back,” asserted the finance minister.

He also alleged that a huge conspiracy was hatched to sabotage the development of Kerala.

“ED has alleged that Masala Bond violated the Foreign Exchange Management Act (FEMA). Only the central government has the right to frame laws on taking loan from foreign countries. But the CAG’s findings claiming that only centre can borrow loans from foreign countries are baseless, added the minister.

The FEMA act prescribes a set of guidelines on borrowing loans. It clarifies who all can borrow loans. If RBI grants permission, any body corporate in India can borrow a loan.

As per the guidelines, KIIFB has applied to the RBI through banks and received permission. In this way, KIIFB took the loan and submitted a report on the purpose of applying for the loan.

The Kerala government did not borrow the loan. As per the law, KIIFB is identified as a body corporate. Hence, KIIFB will not come under section 293 of the constitution on borrowing limits. So, KIIFB Masala Bond is not a violation of the constitution.

“Nobody can use KIIFB for money laundering. People who have no idea about fund collection of KIIFB are spreading fake news about it,” alleged the finance minister.