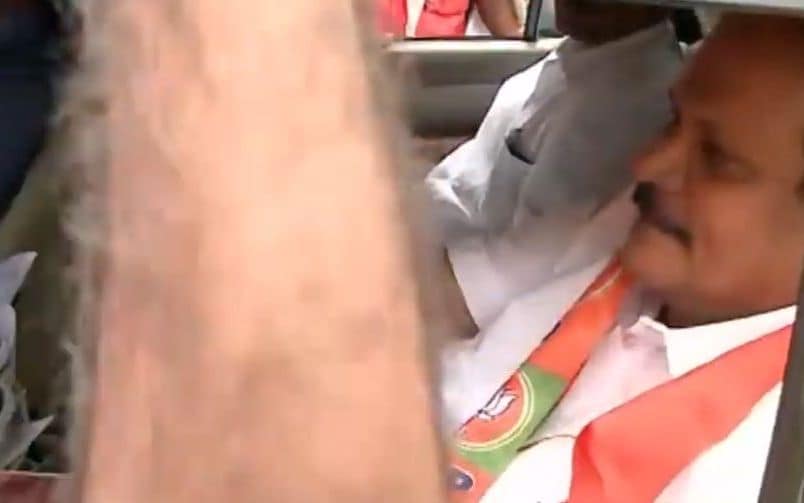 Thiruvananthapuram: BJP activists stopped the vehicle of PC George and police at Vattappara in Thiruvananthapuram to offer greetings of the party to PC George, who has been taken into custody for delivering hate speech against the Muslim community.

After stopping the vehicle, BJP workers called out slogans to greet PC George and draped him with a shawl. Later, when the vehicle reached Nalanchira, DYFI activists displayed their protest against PC George by waving black flags and raising slogans against him. Amid this, some of the protesters in the crowd threw eggs at the vehicle in which PC George travelled.

Police had taken PC George into custody from his residence at Erattupetta by around 5 am. His arrest has been registered soon after the team arrived at AR camp in Thiruvananthapuram with PC George.

He was booked for the controversial speech against Islam at a conference of Ananthapuri Hindu Mahasabha. Later, police registered a case against him under 153 A and 295 A of the Indian Penal Code.

Following the arrest, police are likely to produce PC George at the magistrate’s residence today.