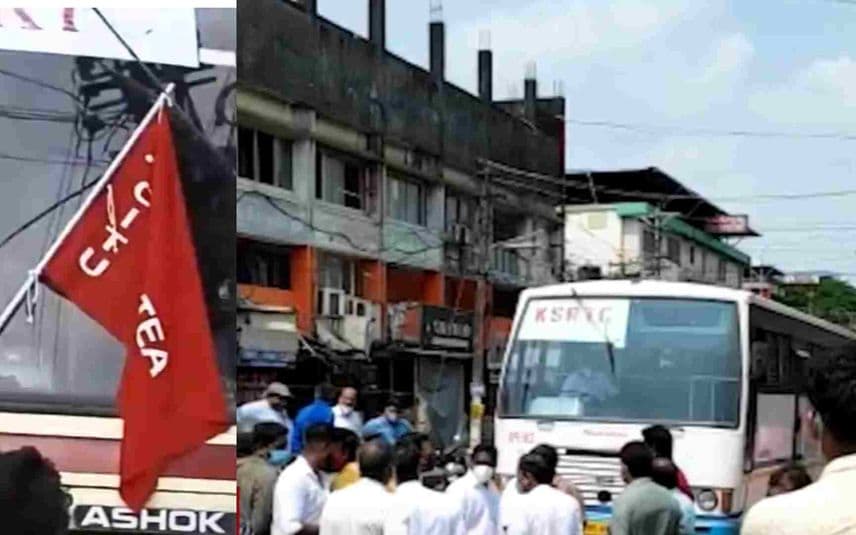 Thiruvananthapuram: On the second day of the nationwide strike, protestors continued to block vehicles in many parts of the state. KSRTC buses were stopped in Kollam and Chalakudy.

Shops were opened in Kozhikode and Ernakulam but in many places, the protestors forced them to close shops.

Although dies-non was implemented in the wake of the court order, only a very few staff were present at the Secretariat and Collectorate.176 people were present in the secretariat out of a total strength of 4,824. Many of those who arrived signed the register and left. On the first day, 32 people marked their attendance. Out of those who came, only about 30 worked while the rest returned after signing the register.

Kollam: A KSRTC bus was stopped near the Kollam High school. The passengers of the bus were sent off by the striking protestors while the police remained mute witness. The KSRTC bus had employees of the collectorate.

Kozhikode: Some shops were opened in Kozhikode SM Street. Shop owners said the shops kept open were also part of the protest. Protestors are closing shops in many parts of Kozhikode. Passport offices are closed in Vadakara. Protestors shut a petrol pump in Karanthoor.

Only less than 20 employees came to Kozhikode Civil Station where more than 3000 are employed. Only 12 appeared in the collectorate where 234 employees are present. No security for the employees on duty was provided as promised by the government. There was no KSRTC service.

Kochi: Protestors forcefully shut shops. LuLu mall is yet to open. Protestors are trying to send back employees working in SeZ, BPCL sectors but the police intervened and send them back.

Strike turned violent in areas due to provocation, says Kodiyeri