"The Agriculture Laws, that are enacted, don't have anything to do with Kerala as Kerala doesn't have mandis. Then why Kerala people are subjected to unnecessary torture? It's a politically motivated anti-PM Modi protest," Union Minister V Muraleedharan said. 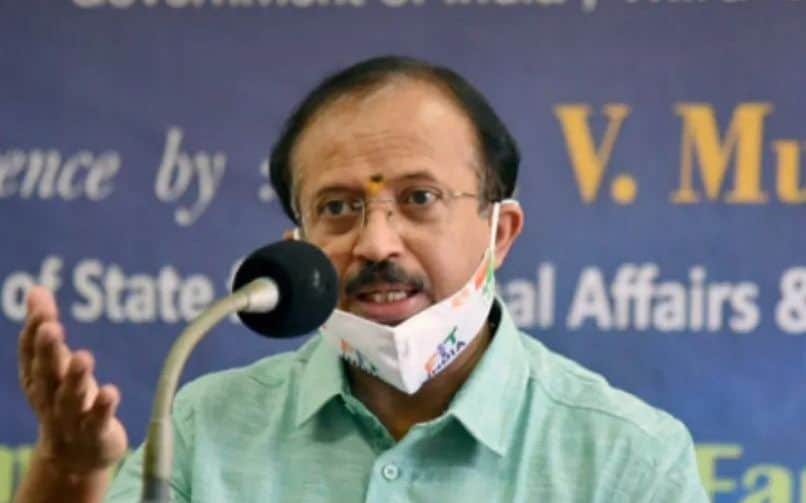 New Delhi: Union Minister of State for External Affairs V Muraleedharan on Monday severely criticised the Kerala government for extending support to Bharat Bandh called by farmers' unions and said that "protest by farmers is politically motivated and it is an anti-government".

"The Agriculture Laws, that are enacted, don't have anything to do with Kerala as Kerala doesn't have mandis. Then why Kerala people are subjected to unnecessary torture? It's a politically motivated anti-PM Modi protest," Union Minister V Muraleedharan said.

Muraleedharan said, "Today is World Tourism Day and due to Kerala Bandh, tourists who come today will not be able to go out of their hotel rooms, not able to move out of the airport, they will be stranded at the airport, railway stations."

"Tourism industry is the main source of employment in Kerala. This is why Congress and Communist Party of India (Marxist)(CPM) should mend their ways and should move away from the obstructionist policies," he added.

Muraleedharan further said that Kerala has nothing to do with Agriculture laws as Kerala doesn't have a Mandi system.

"The law which is now enacted is already in place in Kerala so why the people of Kerala should be subjected to unnecessary torture and hartals," he said.

"The Congress, as well as the CPM, should realise that the days of hartals and bandhs are over. We are in a free independent India now," he added.

Samyukt Kisan Morcha, a coalition of farmers' unions, has called for a nationwide Bharat Bandh today to mark the first anniversary of the enactment of the three farm laws.

Farmers have been protesting at different sites since November 26 last year against the three enacted farm laws: Farmers' Produce Trade and Commerce (Promotion and Facilitation) Act, 2020; the Farmers Empowerment and Protection) Agreement on Price Assurance and farm Services Act 2020 and the Essential Commodities (Amendment) Act, 2020.

Farmer leaders and the Centre have held several rounds of talks but the impasse remains.