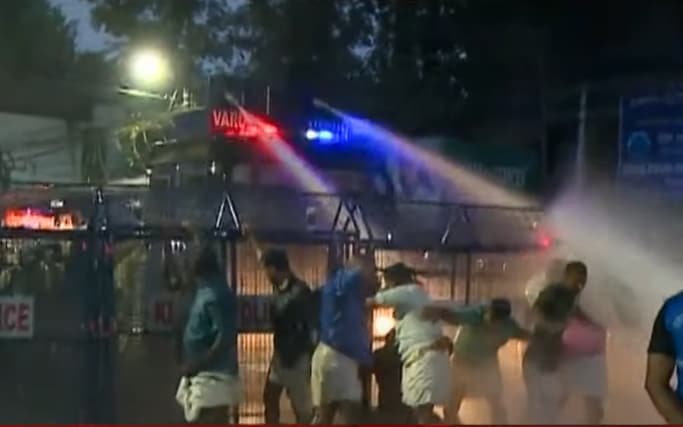 Thiruvananthapuram: Poojapura here on Tuesday witnessed protests over the screening of a BBC documentary critical of Prime Minister Narendra Modi.

The Centre had last week directed the blocking of multiple YouTube videos and Twitter posts sharing links to the documentary on the 2002 Gujarat riots when Prime Minister Narendra Modi helmed the western state. However, documentary screenings were organised by various political organisations in Kerala, like many other parts of the country.

During the screenings across the state, BJP and its affiliate organisations marched against it.

In Poojapura the protest march ended up in conflict. Police resorted to use of water cannons as protestors tried to overturn the barricades.

However, reports said screening by the Left front’s youth organisation DYFI continued despite the brawl.