The MLA said that he would speak to the bank officials, give the loan amount and give back the documents of the house to the children. 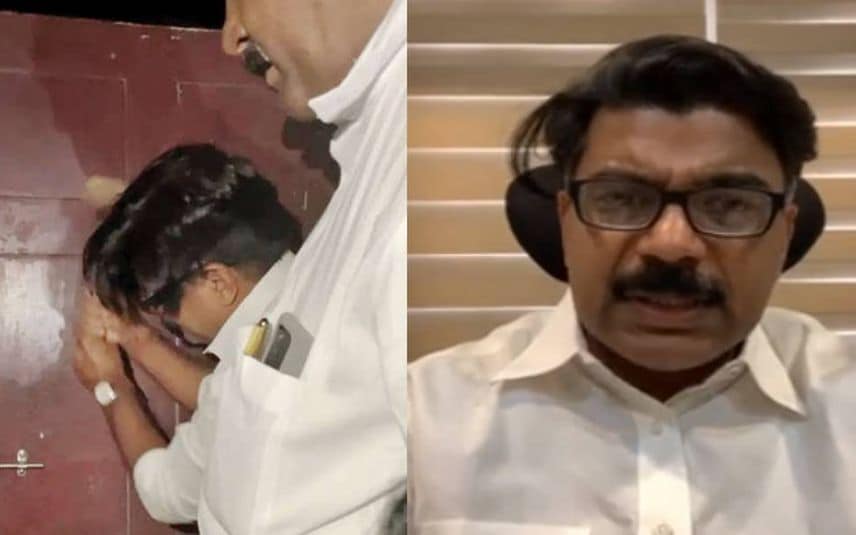 Mathew Kuzhalnadan opening the lock of the house, Screengrab of live video

Kochi: MLA Mathew Kuzhalnadan declared that he will repay the loan of the cardiac patient and family who are in dilemma after a bank here attached their house. He was reacting to the row through a Facebook live on Monday.

The Muvattupuzha Urban Cooperative Bank on Saturday attached the house of a Dalit family leaving four children, including three girls, on the road. It is reported that the children were alone at home as their father was hospitalised due to heart-related issues.

Following the eviction, Mathew Kuzhalnadan broke the door lock to take the children inside. Ajeesh, the house owner, could not repay the loan of Rs 1 lakh as he was suffering from serious heart ailments.

The MLA said that he would repay the loan and get back the documents of the house for the children.

‘This is what everyone wished for. Many had enquired about the state of the children after learning about their situation. Many of them showed support. I don’t wish to politicise the matter. But what is to be understood is that this is not an isolated incident. It is turning into a common matter these days,’ the MLA said.