During the Zero Hour, Eden raised the issue of a woman leader of the Congress-backed Kerala Students' Union (KSU) being "brutally" beaten up allegedly by the activists of SFI at the Government Law College in Thiruvananthapuram. 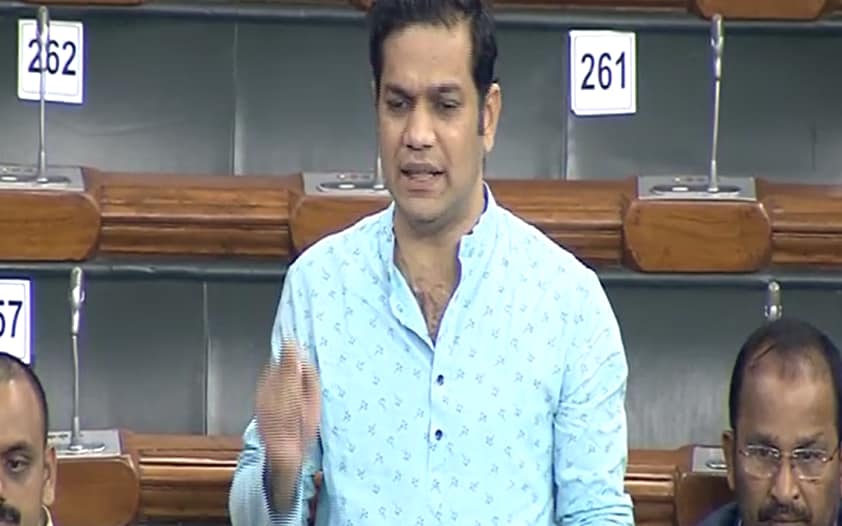 New Delhi: Congress MP from Kerala Hibi Eden on Wednesday demanded in Lok Sabha that the CPI(M)-affiliated Students' Federation of India (SFI) be banned in the state "like a terrorist organisation", alleging its members were committing crimes and attacking rival political party members.

During the Zero Hour, Eden raised the issue of a woman leader of the Congress-backed Kerala Students' Union (KSU) being "brutally" beaten up allegedly by the activists of SFI at the Government Law College in Thiruvananthapuram.

"I would like to draw the attention of the House to a very important matter - a heinous crime committed by the goons of the Students Federation of India in Trivandrum government law college... Student Union President and her colleagues were brutally beaten up by the SFI 'goondas' in the state," he alleged.

"SFI in Kerala should be banned like a terrorist organisation because the number of crimes committed every day by this particular organisation is unimaginable," he said and called on the Centre to intervene in the matter.

Congress leader Manickam Tagore raised the issue of what he said was "dead body politics" in Tamil Nadu.

He said suicides of youths were being associated with minority communities of Muslims and Christians and alleged that divisive politics was being played by the BJP.

Also during the Zero Hour, Congress MP Gurjeet Singh Aujla demanded that Indians who assisted students stuck in Ukraine and helped in their evacuation following the attack by Russia should be honoured.

Aujla also urged the government to improve the education system so that students do not have to go abroad for medical education.

He urged the government to ensure that the education of Indian students who have returned from Ukraine is completed. PTI