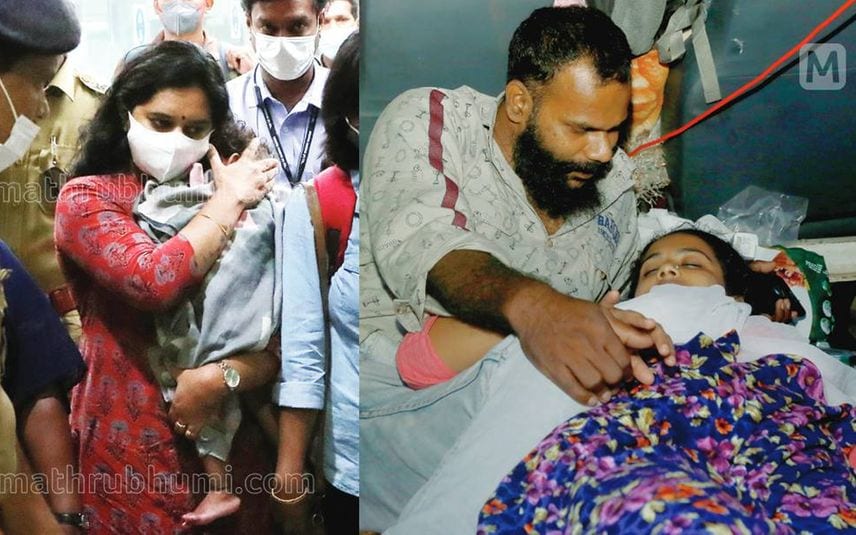 Thiruvananthapuram: Anupama S Chandran, who filed a complaint to get back her missing baby, stated that she suspects chance of sabotage in the DNA test of the child. Anupama demanded that she should be allowed to meet the child on Monday itself and the DNA samples should be collected together. Meanwhile, the Child Welfare Committee (CWC) will file a notice regarding the DNA test shortly.

Anupama alleged that the authorities have not officially informed them about when and how the DNA samples will be collected. "They say that DNA samples of baby will be collected separately. Why are they so adamant about this?” Anupama asked while talking to Mathrubhumi News.

The baby, who is mired in a recent adoption controversy, was brought back to the state from Andhra Pradesh late on Sunday night by a team of officials from the Kerala State Council for Child Welfare (KSCCW). The one-year-old boy, who was in the foster care of a couple in Andhra Pradesh, is suspected to be the child of Anupama S Chandran, who has raised allegations against her parents for kidnapping her baby soon after his birth and giving him in adoption through the KSCCW without her consent a year ago.

Within 15 minutes, the baby was shifted to Nirmala Shishu Bhavan in Kunnukuzhi.

A team including a representative from the Child Welfare Committee, a caretaker from Child Welfare Council and three police officers received the baby from Andhra Pradesh and safely brought to Thiruvananthapuram. It is learnt that District Child Protection Officer will be in charge of the child’s protection till DNA results are received.

Woman seeking to adopt two youngsters to end her loneliness; says 'Solitude is not beautiful'

Not a setback, says EP Jayarajan on court order over Youth Congress’ petition