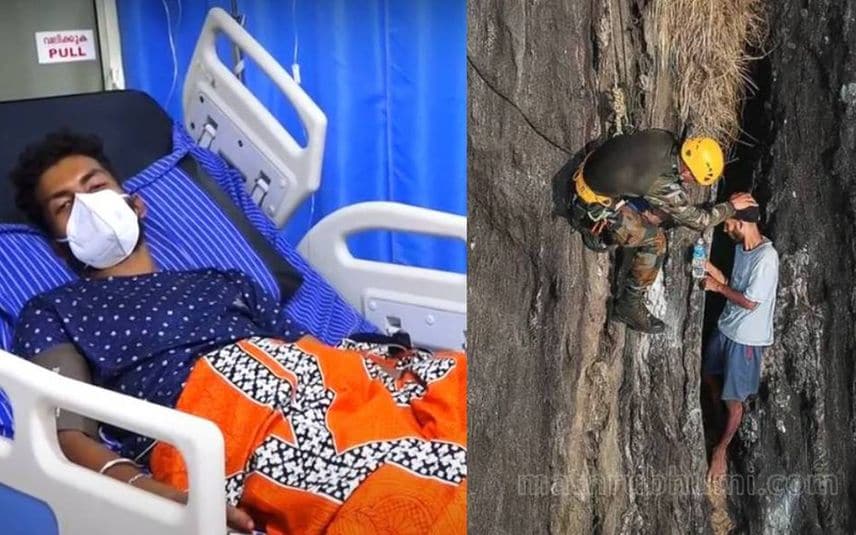 Palakkad: Babu, who was saved by the Indian Army from the Cherad hills in Malampuzha, can leave the hospital on Friday, minister K Krishnankutty said.

He is healthy. However, one more test to study the functioning of his kidneys is remaining. He can leave the hospital tomorrow after completing the test, the minister said. He was speaking to the media after visiting Babu at the district hospital here.

Babu has been under treatment since he was rescued from the hill. Doctors had earlier said that his health is sound. Babu spoke to the family members who visited him on Thursday.

Babu, who trekked to the Cherad hill in Malampuzha, was stuck in a crevice and was rescued after two days.