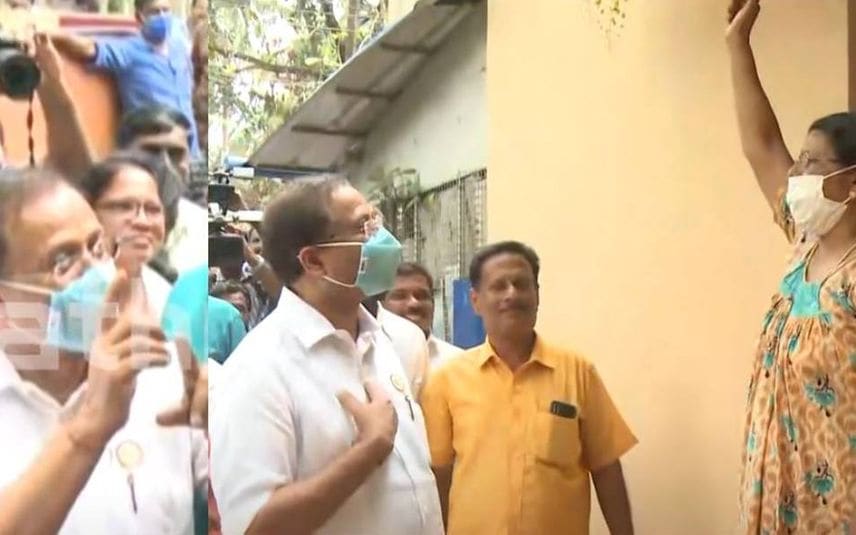 Thiruvananthapuram: In a dramatic turn of events, union minister V Muraleedharan who came to visit the anti-SilverLine protest venue at Kazhakkoottam here had an awkward encounter.
While visiting houses as part of his anti-SilverLine project campaign, family members of a CPM leader raised slogans praising the project and CM Pinarayi Vijayan. Adding to the minister’s embarrassment, the householders also showed disinterest in listening to his version of why the project is unfavourable for them.

Notably, the people were the parents of the CPM councillor and Muraleedharan’s visit coincided with a time when the former was not at home.

The family members told the minister that the SilverLine project is good for the state and they will hand over their land for the project. They explained to the minister why they support the project.
Commenting on the incident the minister said that the family reacted in such a way due to the direction they received from the party.

“Nothing is surprising that a CPM councillor’s family support this project. But I don’t think they support this project due to any other reason other than their affiliation to the party. When they earlier gave land for Railway, construction on the land adjacent was not allowed. So they are like, let the remaining be taken by the K-Rail. Though I tried to explain about the project, they were not interested to listen,” he said.