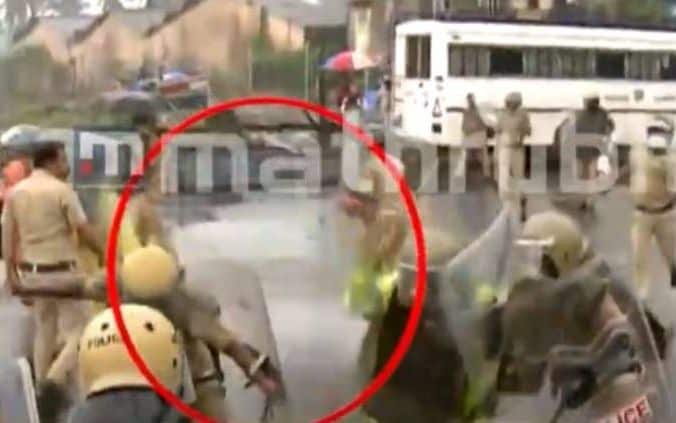 From the visuals of protest

Kozhikode: Violence erupted amid the protest of the natives against the Avikkal sewage treatment plant at Vellayil in Kozhikode. The protesters launched several demonstrations here, from the morning. In-between, the protesters clashed with the police and rushed to the construction site of the project. They also attempted to knock down the barricades placed by the police. This urged the cops to unleash lathi charge on the protesters.

The clash intensified when the protesters hurled stones at the police and the latter used tear gas to retaliate. A few of the natives pulled the barricades down into the nearby river. Meanwhile, several cops at once attacked a protestor with lathi.

The natives have asserted that they will resist till their last breath and never allow the project at any cost. They claim that a sewage treatment plant will contaminate their surroundings and cause severe health problems. However, Kozhikode corporation mayor Beena Philip informed that the ongoing protests are unnecessary and the corporation will move forward with the project, which is beneficial for the public.

The police action in Vellayil has triggered a huge fuss.