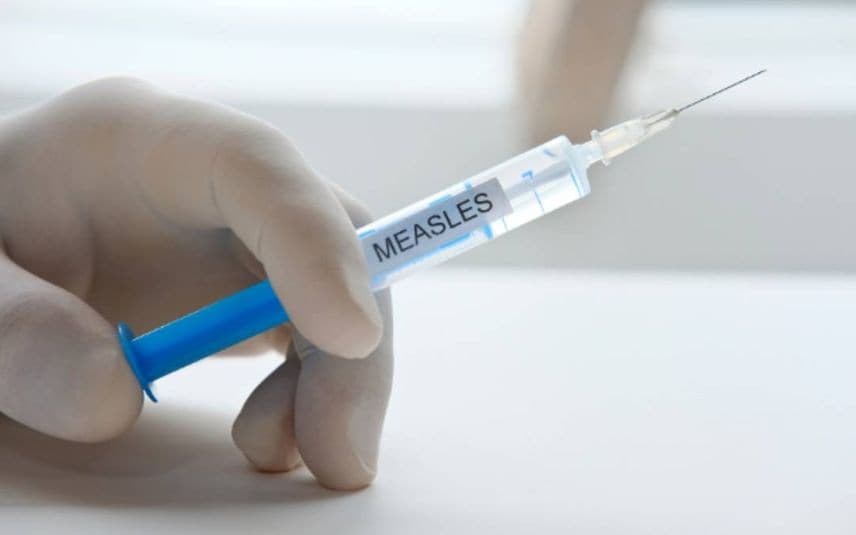 Malappuram: Amid rising cases of measles among children in Kerala's Malappuram, the state government authorities have revealed that over 1.60 lakh children up to five years of age in the northern district have not taken MR vaccine, risking lives of children there.

As the situation continued to remain alarming, the authorities have sought the help of religious leaders to find a way to prevent the spread of the highly contagious, serious disease caused by a virus and arrest deadly misinformation campaigns against vaccination through social media platforms.

"Vaccination activities will be intensified in the district. The MR (measles-rubella) vaccination rate of children up to five years of age in the district is 80.84 per cent. The target is to reach 95 per cent," a district PRD statement said here on Wednesday.

It said 1,62,749 children up to five years of age in the district have not taken the MR vaccine.

She said 90 per cent of those infected never received a single dose of the vaccine.

The remaining 9 per cent received only the first dose, the DMO said and added that one per cent of those who received both doses became ill, but recovered quickly.

The prevailing situation in the district has prompted District Collector V R Premkumar to issue a stern warning against those spreading false messages and misinformation among the public in the form of non-necessity of treatment and vaccination.

"Such messages are spread without any scientific basis. The district collector also informed that the district police chief has been instructed to take action against such persons," the statement said.

Meanwhile, a meeting of leaders of religious organisations convened by the district collector has decided to launch a campaign to create awareness among people about the importance of vaccination to check the spread of the childhood killer disease.

The religious leaders have offered all cooperation to create awareness about the disease among people visiting places of worship and religious institutions including madrassas, they said.

"Religious leaders have offered all their support to educate people through social media platforms. The district collector informed them that the government's effort is to prevent deaths due to the disease and only through vaccination can the infection and spread of the disease be prevented," the statement said.

The authorities have also assured that treatment will be provided to those affected by the disease. Masks have been made mandatory in schools and Anganwadis in the district to prevent the spread of measles, it said.

The district collector said if fever or other symptoms of illness are noticed, healthcare workers should be notified.

He also appealed to religious leaders to encourage families and individuals to get vaccinated.

"Vaccination activities have been intensified in the district. By inoculating 10,000 children every day, within two weeks the vaccination rate in the district will increase from 80.84 per cent to 95 per cent," the PRD statement said.

Last month, the Union Health Ministry had asked states to consider administering an additional dose of measles and rubella vaccines to all children aged nine months to five years in vulnerable areas.

A virus infection that mainly affects young children, measles is mostly seen among those belonging to the age group between six months to three years. However, the disease affects teenagers and adults as well.

The Centre had recently sent high-level teams to Malappuram, Ranchi (Jharkhand) and Ahmedabad (Gujarat) to assess and manage the increase in the number of measles cases among children in these cities.

Even though a safe and cost-effective vaccine is available, in 2018, there were more than 1,40,000 measles deaths globally, mostly among children under the age of five, says the World Health Organisation (WHO).

Vaccination resulted in a 73 per cent drop in measles deaths between 2000 and 2018 worldwide. In 2018, about 86 per cent of the world's children received one dose of measles vaccine by their first birthday through routine health services – up from 72 per cent in 2000.

During 2000-2018, measles vaccination prevented an estimated 23.2 million deaths making measles vaccine one of the best buys in public health, says WHO. PTI