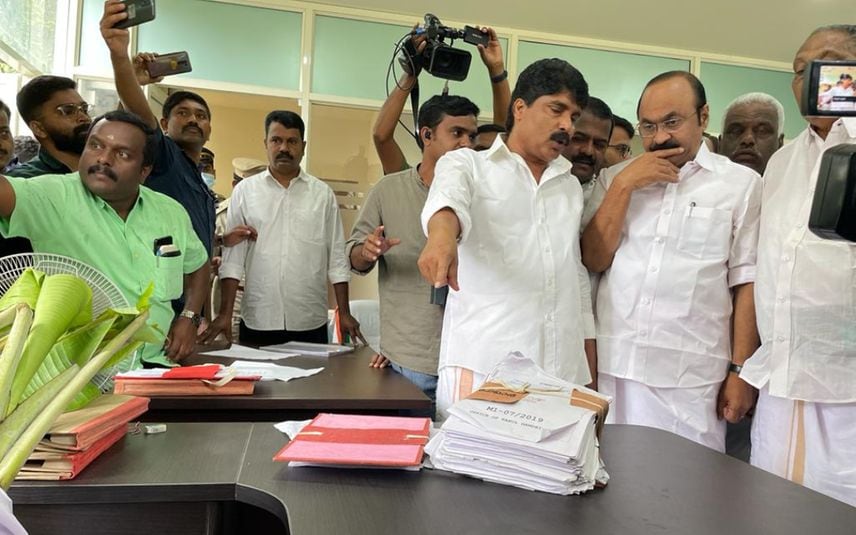 Kalpetta: Opposition Leader VD Satheesan said that the attack on Rahul Gandhi's office in Wayanad aimed to appease Sangh Parivar. His remark came after he visited the vandalised office in Wayanad.

"SFI workers from various parts of the district reached the area by van. They vandalised the place for 55 minutes. The police had already received intelligence report that workers could enter the office. However, the report was secretly held back. Due to direction from above, the police decided not to stop the march," he said.

He alleged that CM's office was aware of the attack and that was aimed to appease Sangh Parivar. "CPM is using criminals and creating riots in state. They destroyed the image of Mahatma Gandhi to satisfy Sangh Parivar. The attack was held under the supervision of the Health Minister's personal staff," he added.

He also pointed out it was a cabinet meeting chaired by the Chief Minister, which agreed in principle to adopt 1 km buffer zone around protected forest regions in the state. The march by SFI and CPM was aimed to deceive the public. Pinarayi Vijayan is the main villain in the buffer zone, he added.