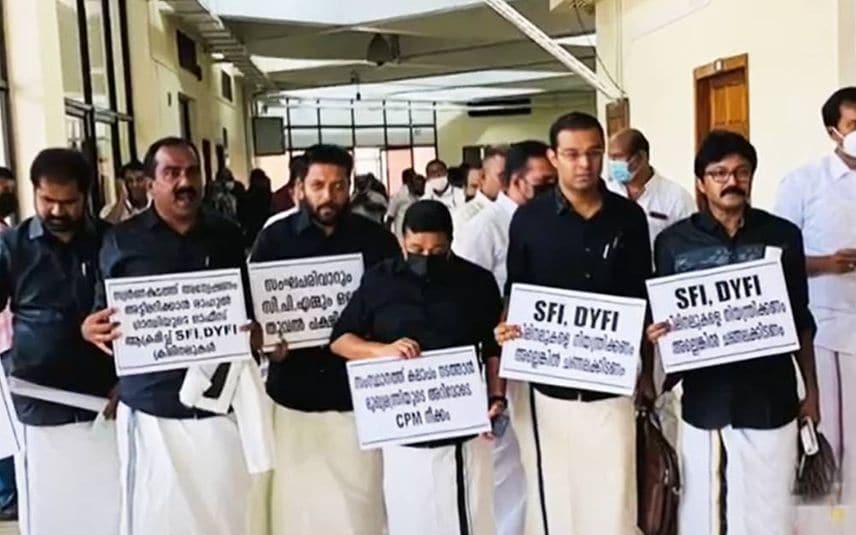 Thiruvananthapuram: The 5th session of the 15th Kerala Assembly commenced here on Monday amid brewing political skirmishes. The opposition issued a notice for an adjournment motion to discuss the attack on MP Rahul Gandhi’s office.

Along with the SFI attack on Rahul Gandhi’s office in Wayanad, Congress may initiate discussions over allegations raised by Swapna Suresh against Chief Minister in connection with the gold smuggling case and the controversies regarding the buffer zone. MLA T Siddique issued the notice for adjournment motion in the assembly.

The opposition MLAs raised slogans holding placards during the beginning of the session itself. Later, the session was temporarily disrupted as the MLAs continued their uproar even after the request of the speaker. The speaker warned that holding placards and banners are against the rules of the assembly.

The session continued only for 5 minutes. Speaker informed that the notice for adjournment motion is under consideration. Stringent restrictions are imposed on media in the assembly session. The government has directed not to reveal the visuals of the Sabha TV to the public.

The one-month-long session, being convened mainly to discuss and pass the demands for grants for the financial year 2022-23, is expected to be a politically charged one with the Congress-led UDF making it clear that they would raise the ongoing controversies in the House. The session is scheduled to be concluded on July 27