No criminal intent behind attack; workers were under influence of drugs, claims Kitex MD

The clashes that erupted at around midnight in the housing camp where the Kitex labourers were staying got out of hand and caused much nuisance to the police and locals. 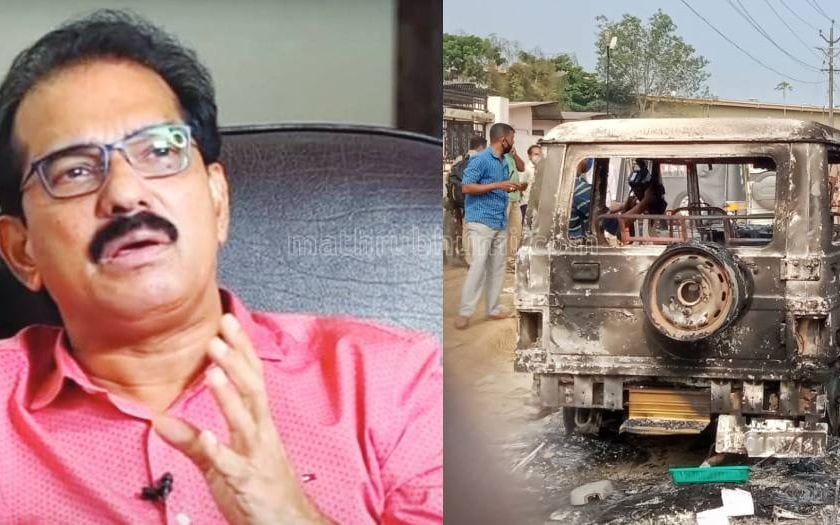 Kochi: Kitex MD Sabu Jacob has reacted on the attack carried out by migrant labourers in Kizhakkambalam. He said that his workers do not have any criminal background and that the attack happened while they were under the influence of drugs.

The clashes that erupted at around midnight on Saturday in the camp where the Kitex labourers were staying got out of hand and caused much nuisance to the police and locals. The workers set fire to a police jeep, damaged two other police vehicles and several people were injured in the attack.

In the subsequent police action, around 150 workers were taken into custody in connection with the incident. Some police personnel were hospitalised, police said, without giving the exact number.

"The workers had brutally assaulted the police officers, including a Circle Inspector, who had reached the spot to resolve the arguments between two groups of labourers on Saturday night," the company's Managing Director Sabu Jacob told the media over the phone.

He said that initially the camp security and the supervisors tried to intervene and resolve the issue, but they too were assaulted and thereafter, the police was called.

However, when the police arrived, the "uncontrollable" workers brutally attacked the officers, who were forced to retreat to safety, leaving their vehicles behind. The two vehicles were then damaged by some of the workers and one of them was also set on fire.

Jacob said that there was no criminal intent behind what happened and claimed that drugs were brought into the camp and some of the workers were probably under its influence, leading to them becoming "uncontrollable". He said his company would cooperate with the investigation.

Meanwhile, Kunnathunad MLA PV Sreenijin alleged that the Kitex Group management is involved in the attack. He also added that the locals have already lodged several complaints against the nuisance caused by these workers.

Sabu Jacob refused to give a reply to Sreenijin’s comment and said that MLA PV Sreenijin has been trying to close down his company from the day he won the election.