Without bothering about her status, Haseena sold her scooter six months back to resume her cycle ride after a long time. 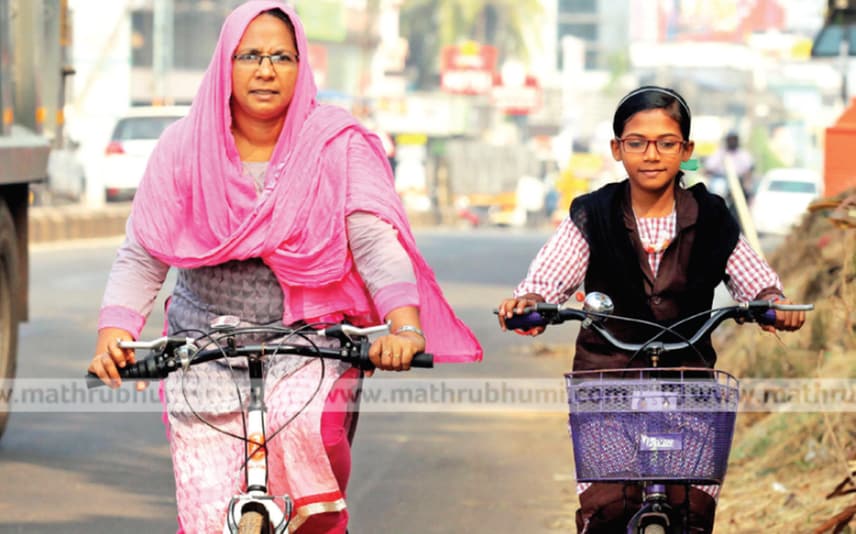 Kottakkal: Haseena, a school teacher at Govt. Rajas Higher Secondary School has turned an epitome for all to choose bicycle ride for a healthy life. Every day, she takes bicycle ride from her house at Cherussola to the school by covering 2.5 kilometres to and fro.

Everyone is surprised to watch Haseena’s daily ride on the bicycle. She is a gazetted rank teacher.

Without bothering about her status, Haseena sold her scooter six months back to resume her bicycle ride after a long time.

When her colleague revealed her plan to purchase a new red car in last August, Haseena also boasted that she has booked a new vehicle in white colour. But nobody thought she was talking about a bicycle to replace her old scooter.

Like teachers, students were also shocked to watch Haseena’s ride on the bicycle as even students never took a bicycle ride to the school.

When her friend arrived the school in her new red car, Haseena proudly took her first bicycle ride to the school.

“Earlier, I thought I will have problem to take class after cycling. But surprisingly, I felt more energetic after every ride. Later, it became a habit,” Haseena teacher explained about her bicycle ride at the age of 43.

Since the last 6 years, Haseena has been travelling to the school on her scooter. But when she decided to replace the scooter with bicycle, her husband Sulaiman, a trainer at Kudumbashree, also supported her.
Her younger daughter Hana, a 7th standard student, also takes bicycle ride to the school along with Haseena. Elder daughter Hiba is studying in Haseena’s class.

Haseena teacher is happy that her bicycle ride encourages the younger generation to lead a simple and healthy life with bicycle.

Commited to a simple life, Haseena is also not interested to purchase a fridge or washing machine at home.