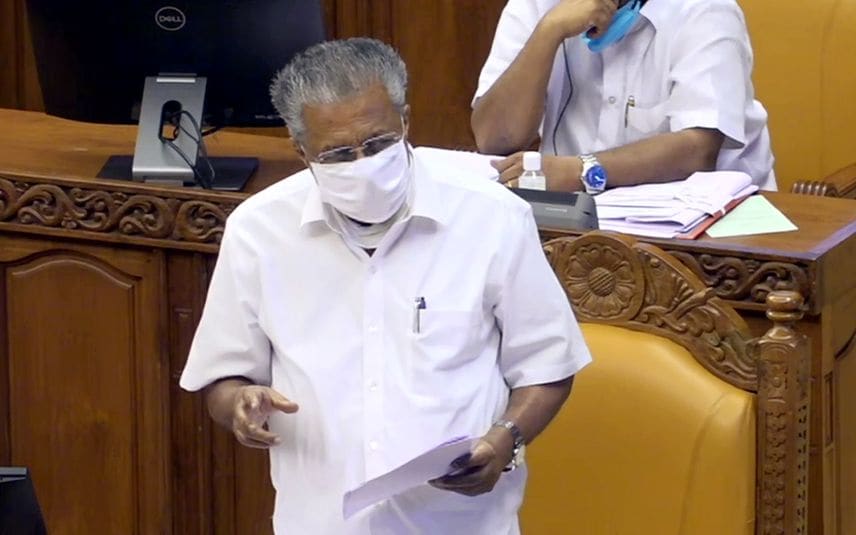 Thiruvananthapuram: Amidst the government is facing strong criticism over the 'lapses' of the police in nabbing the culprits in the attack of CPM Kerala state headquarters AKG Centre, it has agreed to discuss the matter in the Assembly.

Accepting the adjournment motion moved by Congress legislator PC Vishnunadh on Monday, chief minister Pinarayi Vijayan, who also holds the ministry of home, said the government is ready to discuss it.

Following this, speaker MB Rajesh said the Assembly would discuss the motion for two hours from 1 pm onwards.

The probe team of Kerala Police is struggling to narrow down the attackers of AKG Centre. Although footage from around 30 CCTVs were inspected, the visuals are available only till Pottakuzhi near Medical College.

Meanwhile, it is hinted that the police have taken into custody a man who was seen in the vicinity of the centre. The visuals show him standing in a suspicious manner near his vehicle on the night of the attack. The police are interrogating him.

The investigation is progressing by collecting the phone details of people in that area when the attack took place. The phone calls made during the time of the attack are also under the scanner of the probe team.

Last week, the government had agreed to discuss the adjournment motion on the gold smuggling case.