Swapna Suresh stated that her secret statement has come out through the media and as such her life was under threat inside the prison. 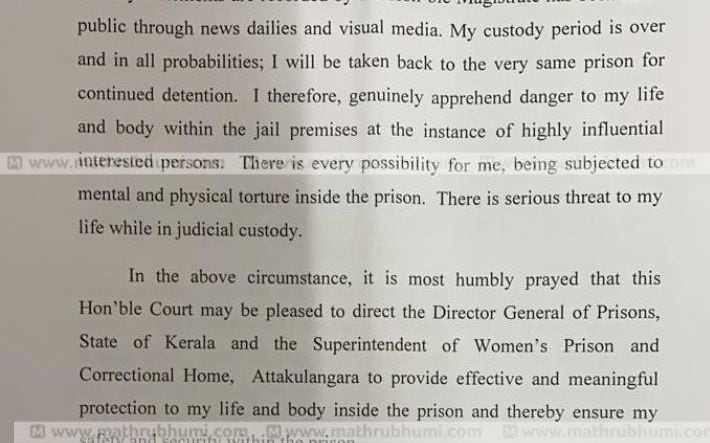 Kochi: Swapna Suresh, the main accused in the gold smuggling case said that her life and that of her family were under threat.

Swapna pointed out this in a letter to the court. She also sought more protection. Mathrubhumi News has released a copy of the letter.

Swapna pointed out the threat to her life through her advocate. She stated that her secret statement has come out through the media and as such her life was under threat inside the prison.

Swapna informed that some people had visited her in prison and that they told her not to reveal the names of high profile individuals. They also asked her not to cooperate with the investigation by the central probe agencies.

Swapna also stated that she thought that they were police officers. She stated that they asked her not to cooperate with the probe agencies and not to reveal the names of the high profile individuals.

Swapna said that they threatened her that they were capable of endangering her life in the prison and that of her family members. Swapna added that she received many threats before November 25. 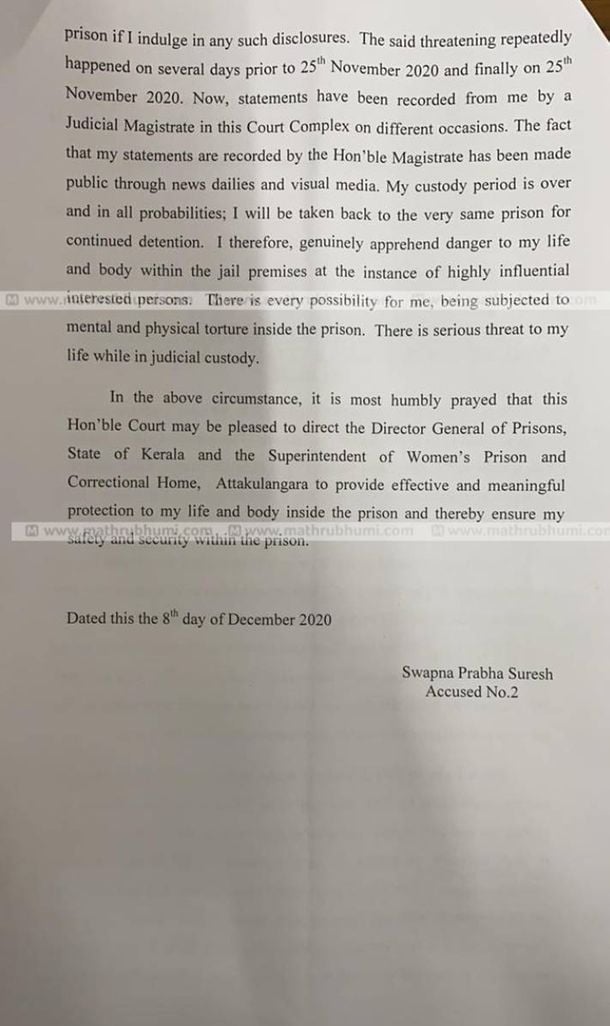