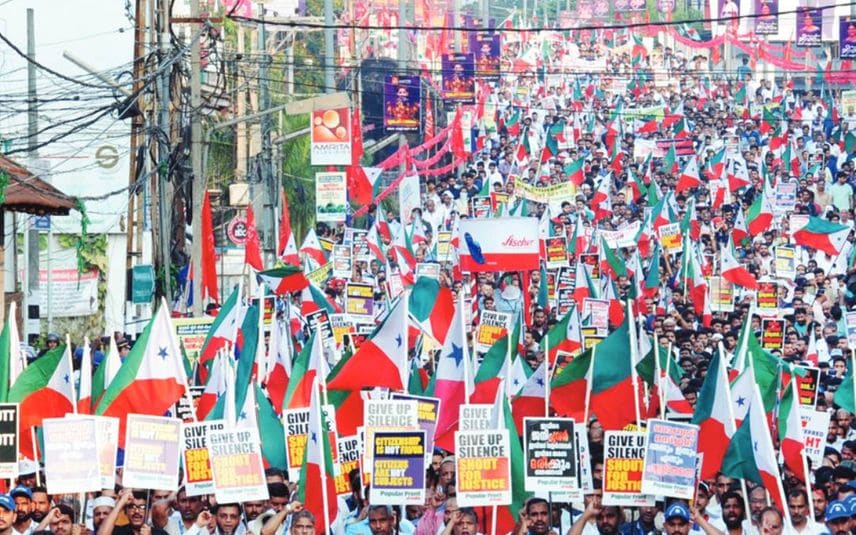 Thiruvananthapuram: Popular Front of India dissolved its committees following the ban on the organisation.

PFI Kerala state secretary A Abdul Sathar announced the decision through the official Facebook handle of the outfit. Sathar asked fellow PFI members to end the activities of the outfit.

Meanwhile, he was taken into custody from the Karunya Fund office in Kollam days after he called for a state-wide protest against NIA raids and arrests.

"Popular Front is an organisation with a clear vision for the socio-economic and cultural empowerment of the underprivileged, downtrodden and marginalised sections for the past three decades. As a law-abiding citizens of our country, we accept the decision of the Ministry of Home Affairs," Abdul Sathar said in the Facebook post.