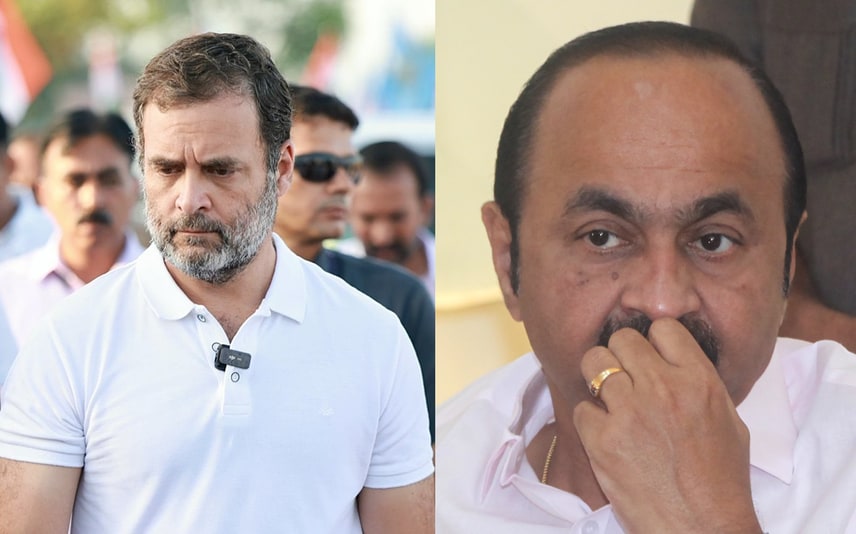 Thrissur: Congress chief and Wayanad MP Rahul Gandhi expressed grief over the death of party veteran Aryadan Muhammed on Sunday. Gandhi referred his loss as a tragedy to the Congress. “Personally, he was a guide and an elder brother,” he pointed out. He informed that as he is in Kerala, he will meet Aryadan’s family members on September 28 to condole and spend time with them.

Congress leader VD Satheesan informed that the family of Aryadan has requested them to continue with the Bharat Jodo Yatra as scheduled and the demise should not affect the schedule. “As a result, there will not be any change in Bharat Jodo Yatra’s schedule," he said.

Satheesan also expressed grief over Aryadan’s death. Aryadan had constitutional sense and his views and words were always under that framework. “We are clueless on how to go about Malabar politics in the wake of his demise,” he said.

KPCC president K Sudhakaan said Mohammed was a Congress leader who held the spirit of the party close to his heart. "He worked for the Congress party for seven decades. He had a strong political stand and was a secular leader with great knowledge," Sudhakaran said.

Senior Congress leader Ramesh Chennithala condoled the death of Mohammed and said he was a strong leader of the party. "He has proven himself as an able administrator. For a long time, he played a major role in guiding the Congress party," Chennithala said.

Kerala Congress (M) chairman Jose K Mani condoled the demise, and said Mohammed was an experienced leader and a scholar.