Security has been beefed up near the Secretariat to avoid further untoward incidents. 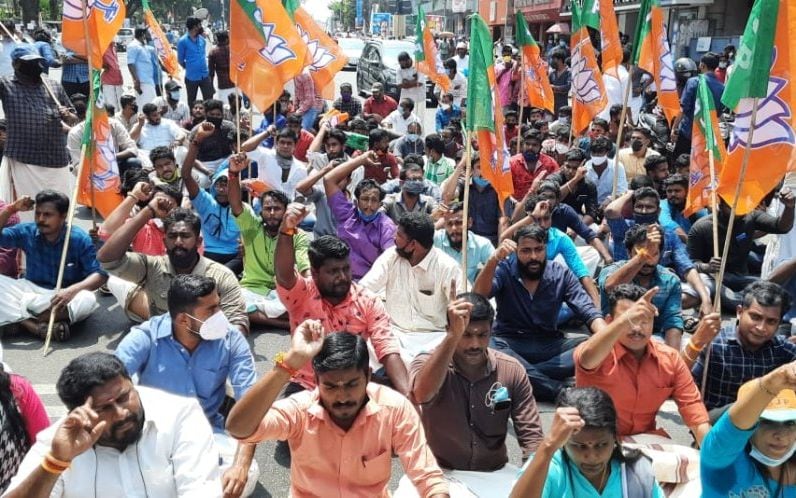 Thiruvananthapuram: The protests staged by various youth outfits in front of the Secretariat relating to the alleged backdoor appointments in the state turned violent on Tuesday.

The Yuva Morcha activists, who took out the march to the north gate of Secretariat, laid siege on the road. Later they tried to vandalise the barricades and barge into the Secretariat compound. Following this, the police used water cannons on the protesters. Though it continued for seven times, the protesters refused to back down.

Following this police used grenade shells in which two of the protesters were injured. They have been shifted to a hospital.

As the police tried to forcefully remove the protesters, there arose a clash. Though police asked the protesters to retract peacefully, they didn’t. Following this, they were arrested and removed from the spot.

Meanwhile, the Youth Congress began a hunger strike on the other side of the Secretariat. They also conducted a bike rally.

KSU activists took out a protest march to the PSC office here expressing solidarity to the protesting PSC rank holders. They offered a wreath in front of the office and tried to barge in.

Following this a scuffle erupted. Some of the protesters climbed on the compound wall and waved black flags. Many of the activists laid siege on the road. Later police arrested and removed them.

Security has been beefed up near the Secretariat to avoid further untoward incidents.