Protesters tried to barge into the secretariat by pushing away the barricades. Police used water cannons to disperse the protesters. But the Youth Congress activists refused. 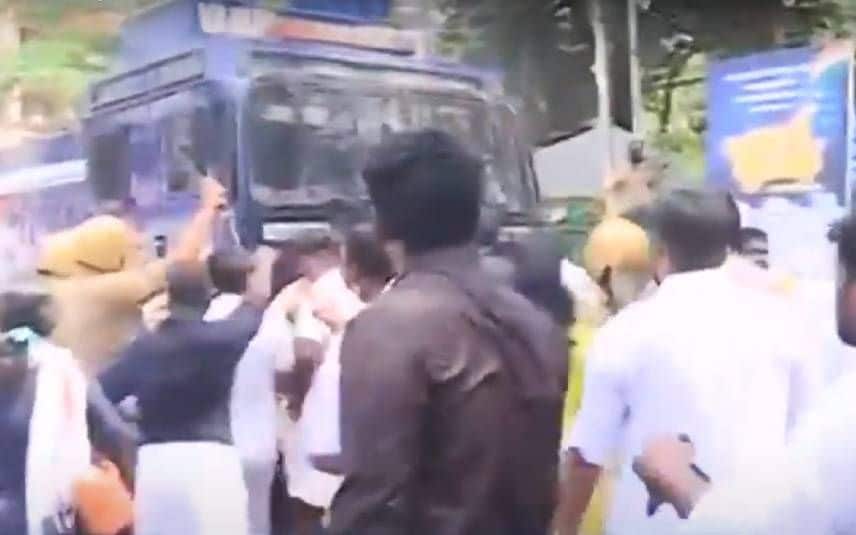 Thiruvananthapuram: The Secretariat march taken out by Youth Congress activists on Saturday against the PSC appointments and permanent appointment of temporary employees turned violent. Police used tear gas and grenades against the protesters.

The activists continued to shout slogans and an argument broke out between the police and protesters. Following this, the police used grenades twice and tear gas once. The Youth Congress activists left the spot only after leaders including K. S. Sabarinathan MLA addressed the protesters.

A heavy posse of police has been stationed in front of the Secretariat.