We have done no wrong, baby was given away with my daughter's consent: Anupama's father

''Imagine if you have two daughters and the younger one falls in love with a man. A caring and loving father will analyse the background of the man with whom she has fallen in love. If you find the choice of your daughter wrong, all fathers will try to end the relationship." 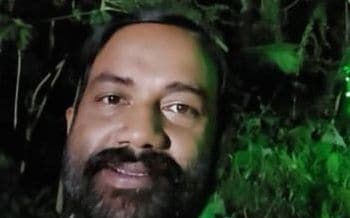 Kozhikode: Amid the ongoing controversy associated with the missing baby of Anupama S Chandran, her father S Jayachandran, Peroorkada CPI-M local committee member, told Mathrubhumi.com that he hasn't done anything wrong and whatsoever he did was to save his family from big humiliation . He also reiterated that it was done with the consent of Anupama.

"Imagine if you have two daughters and the younger one falls in love with a man. A caring and loving father will analyse the background of the man with whom she has fallen in love. If you find the choice of your daughter wrong, all fathers will try to end the relationship."

"I had given proper and good education to Anupama. I loved, cared and supported her. She fell in love with Ajith when she was doing her Bsc final year. She was reared independently and boldly to face any challenge. Even after knowing her relationship, I did allow her to go to college as I was sure that she would not commit any mistake."

"I enquired about Ajith and came to know shocking details about him. He was married. His first wife Nasiya was also married earlier. Ajith broke their family relationship to have an affair with Nasiya. Later, he pretended to be in love with my daughter. I conveyed all this to Anupama. She was not willing to listen. My elder daughter's marriage was fixed and months before the marriage we came to know that Anupama was pregnant."

"Being a father and head of a family, will you collapse completely? Gathering all courage, I managed to survive. She was eight-months pregnant, when we came to know about it. There was no one to take care of Anupama. Where was Ajith at that time? My elder daughter's marriage would not have taken place, had it been known. Anupama was not in a position to take care of the baby. The decision to hand over the baby was taken collectively even before the baby was born as we had no other option. Anupama also wanted to avoid the baby to get away from the embarrassment of giving birth to a baby out of wedlock."

"Two days after the delivery, myself and Anupama's mother handed over the baby to Ammathottil on October 22, 2020 night. Everything was peaceful after that, all were happy by forgetting a bitter past. My elder daughter was married off in the meantime."

"Then in 2021 April, Anupama came to me seeking her baby. 'I asked her to approach the Child Welfare Department, if she wanted the baby back. Also, I came to know that Ajith and Anupama came in touch after that. He divorced Nasiya in the meantime. I had only helped her and I never objected to her from receiving the baby. Did I tell anyone not to give the baby to Anupama? I supported her decision to give the baby away. If she wants her baby back, who am I to prevent it? It is a legal and departmental issue. I am not a party to it. I don't know the reason why I am pulled into the controversy. Anupama is my daughter, we have loved her, cared for her more than anything. My sufferings can be understood only when you experience it," he concluded.