Anupama, in her habeas corpus plea, has sought directions to the police to produce her child whom she has not seen after his birth on October 19 last year. 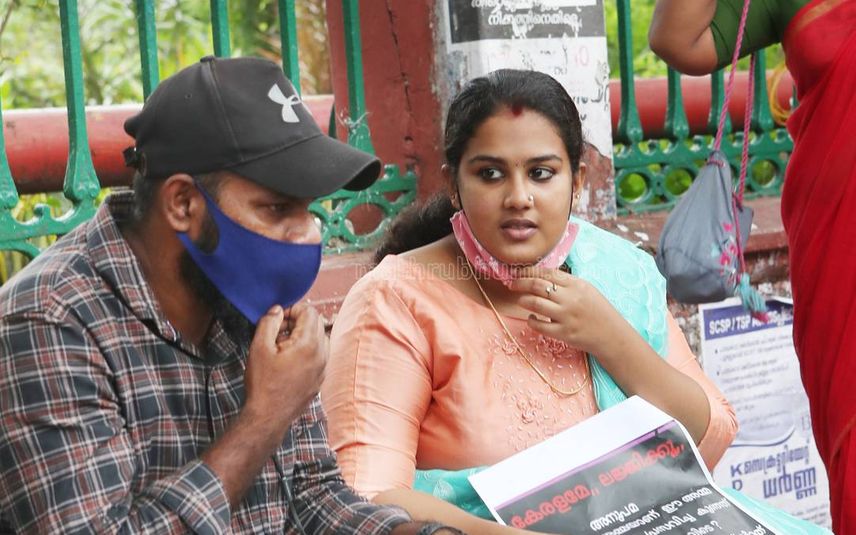 Kochi: The Kerala High Court on Wednesday postponed to November 8 the habeas corpus plea moved by Anupama S Chandran, daughter of a CPI (M) local committee member, to get back her baby who had been put up for adoption by her parents last year without her knowledge.

When the matter was taken up, the bench asked, "So what have you decided? We see everywhere that the case has been withdrawn."

However, as none appeared to represent Anupama in the case, a bench of Justices K Vinod Chandran and C Jayachandran postponed it to November 8.

Advocate Asha Unnithan, who represented her in the matter, told PTI that she could not appear as she was down with COVID-19.

She also confirmed that the matter has been postponed to November 8.

The lawyer further said that on the next date the petition will be withdrawn.

On Tuesday, the high court had made it clear that it was not going to entertain the plea as there was presently no illegal custody of the child.

The high court had also said that a family court was seized of the matter and the baby was presently with a couple -- the adoptive parents -- in Andhra Pradesh.

"There is no reason for the high court to be proactive and deliver the child. So you can either withdraw the petition or we can dismiss it. We do not want to dismiss the plea," the bench had said.

Anupama, in her habeas corpus plea, has sought directions to the police to produce her child whom she has not seen after his birth on October 19 last year.

She has been in the news recently after she alleged that her four-day-old baby boy was taken away and abandoned by her parents without her consent and knowledge.

The allegation has been denied by her parents.

Besides her parents, she has levelled allegations also against the police and the child welfare committee of having conspired together to take away her son.

Anupama has alleged that though she had complained to the police several times since April about what her parents did, they were reluctant to register a case against the family members.

However, Peroorkkada police here later said a case was registered against six people, including her parents, sister and husband, and father's two friends, and said the delay happened as they were awaiting legal opinion.

Earlier last week, a family court stayed the adoption process of her child and directed the police to submit a detailed report in a sealed cover.

The family court had also asked the government to clarify whether the child was abandoned or given for adoption.