Anujath wins International award for painting on mothers, his mother did not live to see it

The 14- year -old Anujath’s mother died on November 15, after being diagnosed with heart related disease. She was undergoing treatment in Kozhikode Medical College Hospital. 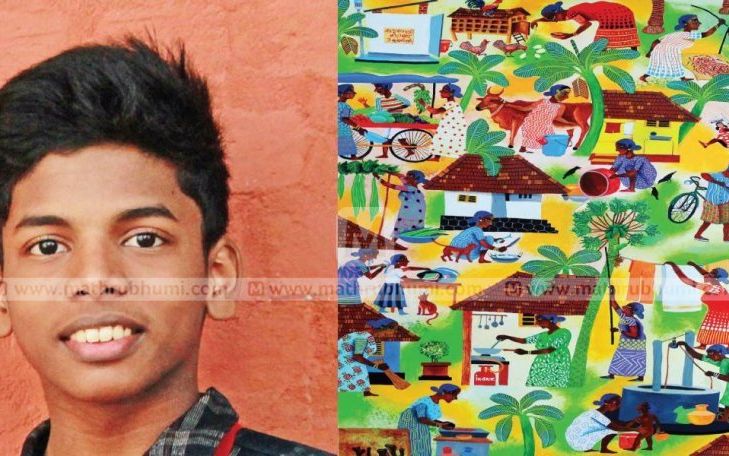 Anujath (left) and his painting (right)

Thrissur: When Anujath showed his mother his painting that depicted the struggles of different mothers in a day, she asked him “what are you going to call it?” He replied, ”My mother and the neighbouring mothers”. The painting came first in an International painting competition conducted by Shankar’s Academy. But sadly his mother was no more with him to celebrate his success. He put the medal on his mother’s portrait kept in his residence at Kunduvara in Thrissur.

The 14- year -old Anujath’s mother died on November 15, after being diagnosed with heart related disease. She was undergoing treatment in Kozhikode Medical College Hospital.

His father had told him that competition is not the basis for art. So he did not take part in any competition in the last three years. However, he submitted "My mother and the neighbouring mothers” to the international competition as he got approval from his mother. But sadly his mother was not with him to celebrate after he won the medal and a certificate in the competition.