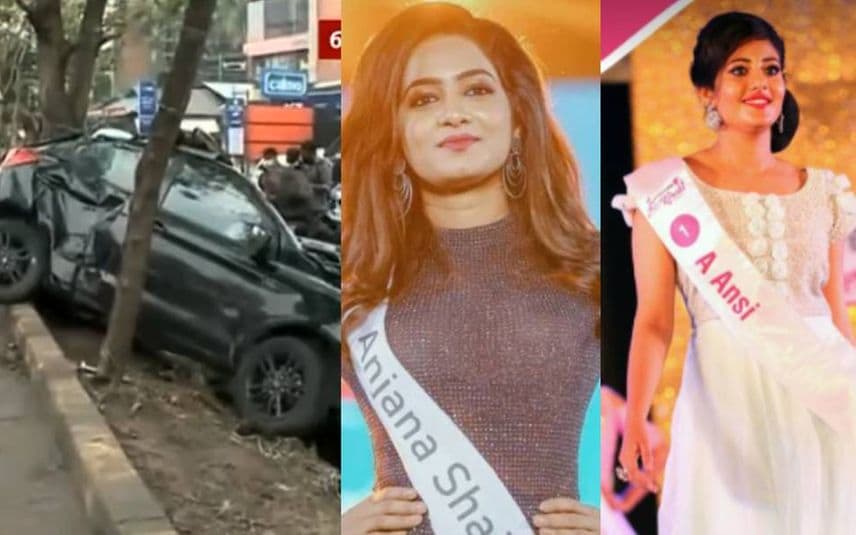 The car that met with accident, Anjana Shajan, Ansi Kabeer

Kochi: Police is of the opinion that Shaiju Thankachan who followed the models' car on the highway was acting as a saviour. They have not entered any details in the custody request that may come against Shaiju. Despite this fact, he moved the court seeking anticipatory bail.

Shaiju had claimed that he followed the models and friends as Abdul Rahman who was driving the car was drunk. However, it seems illogical that Shaiju followed them for no reason when the girls and friends returned from ‘No 18’ hotel after having a word with hotel owner Roy Vayalat. Also, Shaiju met them only a few minutes before the incident.

According to Shaiju, he chased the car only to prevent Abdul Rahman from driving in a drunken state. But they continued the journey and the car happened to meet with the accident. Abdul Rahman also confirmed that Shaiju had asked them to stay at a place at night. However, they turned down the offer.

Shaiju’s car was in the front at Kundannoor and the models’ car overtook it while reaching Vyttila flyover. Later, Shaiju informed the police on seeing a bike that met with the accident at Chakkaraparambu. Only after this, he saw the car crashed near it, according to Shaiju’s statement.

However, it seems untrue that he noticed a minor accident that happened to the bike but failed to see a major car crash that happened close to it. Also, he had tried to destroy the evidences that links the accident with ‘No 18’ hotel.

Despite these facts, the police continue to see Shaiju as a merciful person who reported the accident and tried to save the victims. It is not clear why Shaiju tried to race with the models’ car if he went to warn them. The police decided to interrogate Shaiju again after the media and the public intervened.

Will file a complaint with centre, says minister Bindu over humiliation ...