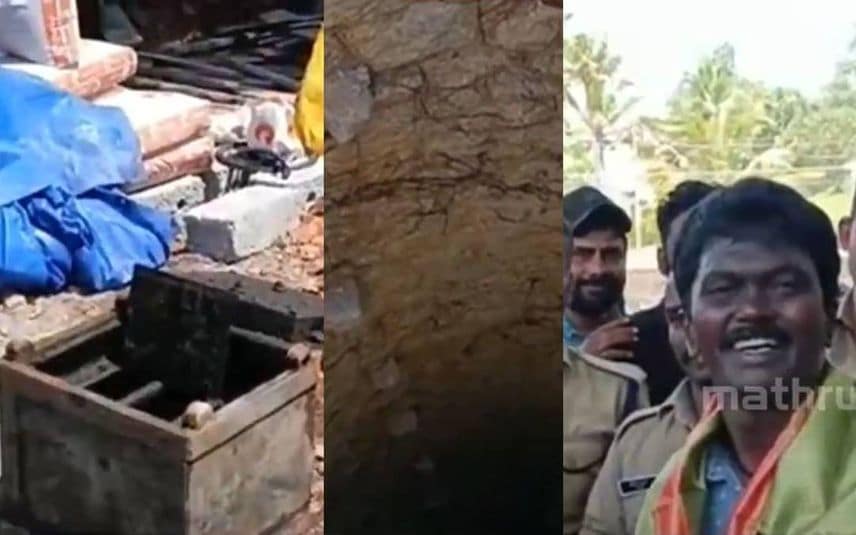 Thiruvananthapuram: A ancient-looking locker and a cobra were found from inside a well while cleaning it. The well in Aralummoodu was cleaned as part of the Neyyar Mela in connection with the Onam Celebration.

The police called Vava Suresh for help upon seeing the cobra. Suresh arrived and caught the snake. The locker was taken out of the well by the police and fire force. The police are probing further about the locker that was found to be empty.

It is doubted whether the locker was left in the well after a robbery. The well is thought to have been built during the time of rule by the Travancore dynasty.

Two killed, one injured as bike hits truck in Thiruvananthapuram