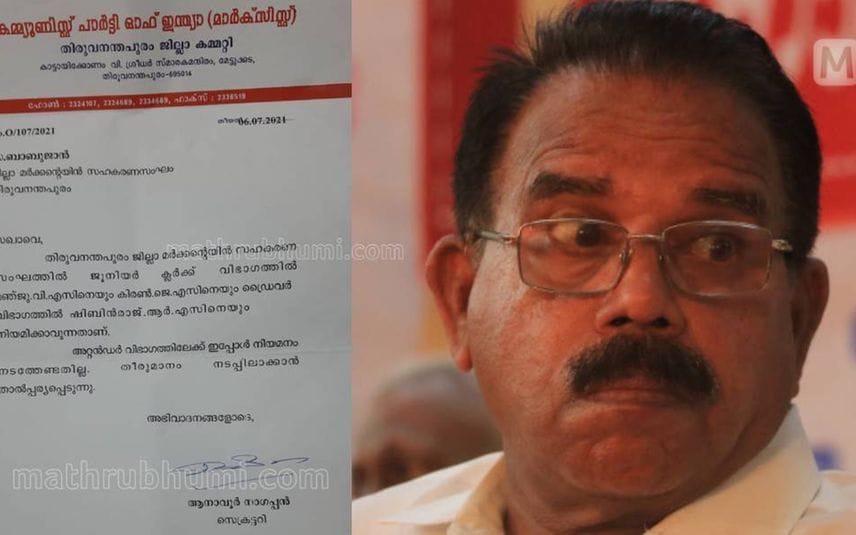 Anavoor Nagappan had drafted the letter to the District Mercantile Cooperative Society in Thycaud on July 21, 2021. The fresh controversy has emerged amid the ongoing probe over the alleged letter written by Thiruvananthapuram corporation mayor to Anavoor demanding list of party members to be appointed to contract posts.

The latest letter had been sent to Mercantile Cooperative Society secretary Babujan, suggesting the names of three persons for the vacant posts here. Manju VS and Kiran JS were recommended for the posts of junior clerk and Shibin Raj for the vacancy of driver. He also added that no appointment is required to the post of attender.

All the three persons mentioned in the letter are currently working in the Mercantile Cooperative Society. The appointment has erupted disputes as appointments to these posts are usually conducted after written examination via recruitment agencies and interviews.