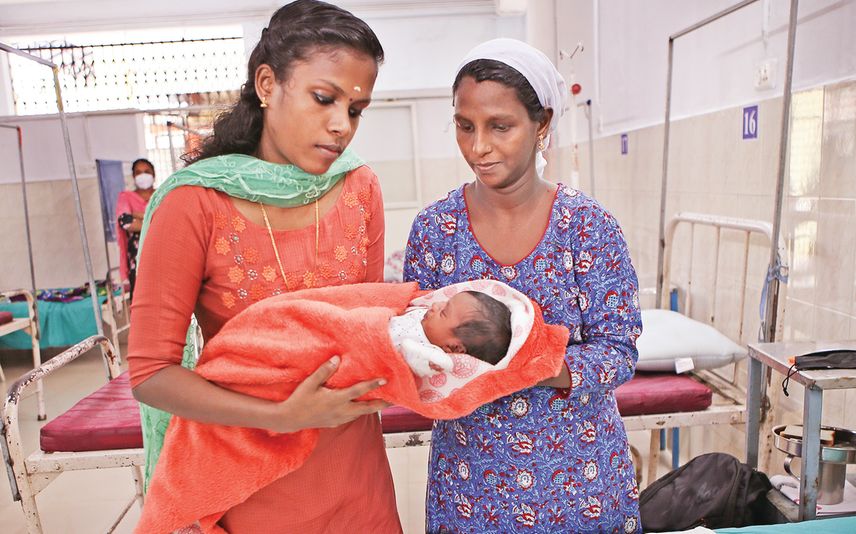 Rinu with Annie and baby

Kochi: For Annie, Rinu is an angel sent to earth from above. Because of Rinu that Annie and her newborn baby are alive. Perumbavoor native Annie gave birth to her second baby safely with the timely intervention of 22-year-old nursing assistant Rinu.

Annie has been living with her husband in a rented house. She was very weak as she had not got any care, nutritious food or even proper medicines during her pregnancy. Annie went into labour early morning last Monday. She was trying to get out of the house by herself and cried out for help when she realised she couldn’t manage. Rinu who was passing by heard her cries and rushed to help. Annie’s husband was not home at the time.

It has only been a few days since Rinu joined Lisie Hospital in Ernakulam as a nursing assistant. She has not had any experience taking care of those in labour. Rinu recounts the events of that day - “I moved closer to Annie in the dim light of a candle as there was no electricity. I found a blade from somewhere and cut the umbilical cord. I had already phoned the ambulance by then. I wiped the baby clean, helped Annie clean herself up and took them to the hospital immediately. I felt relieved only when the doctor here confirmed that both mother and baby are doing fine.”

Annie, who was orphaned at a young age, got married to Suresh Babu while working as a maid. Suresh, who is a stoneworker, is not able to go for jobs these days due to illness. They have a one-and-half-year-old baby. “I had thought that the baby and I would die as I fell to the ground. I can’t imagine what would have happened if she hadn’t come to our rescue,” said Annie.