Kerala would have been different if it had not lost those 5 years: Thomas Isaac 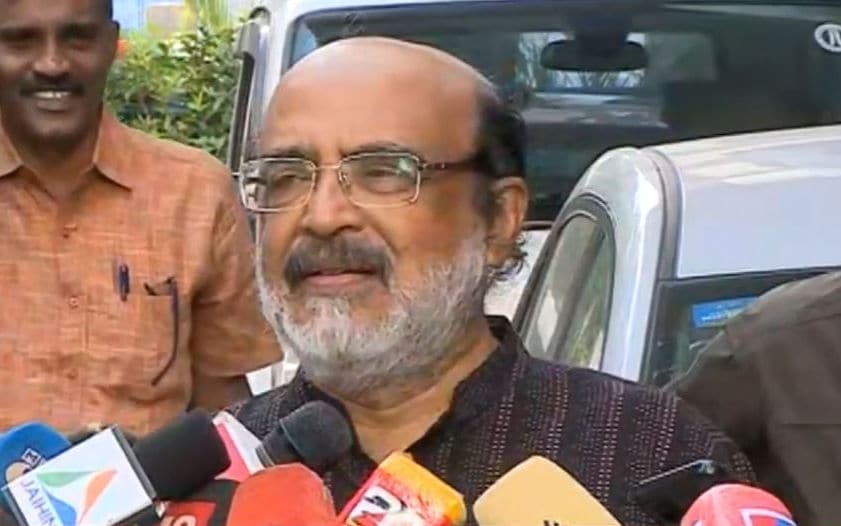 Thiruvananthapuram: Former finance minister Thomas Issac took a dig at the UDF and Centre at a time when KIIFB masala bonds issue is hogging the limelight. According to Thomas, both UDF in the state and the Centre are in the same side to obstruct the fruits of KIIFB.

“KIIFB was first proposed in 2011 budget. Unfortunately, LDF did not get the second term then to pursue the proposal. UDF was sworn in. For five years KIIFB remained dormant. KIIFB proposal regained momentum when LDF was back to power. Kerala lost those five 5 years in Oommen Chandy’s regime. Or else Kerla would have been transformed,” he said.

Meanwhile, Thomas reiterated that ED is targeting KIIFB to facilitate Centre’s agenda to make the state a pauper. He said that Left front will legally battle against it. "They want to create a belief among the public that there are huge irregularities going on in KIIFB," he alleged.

Thomas alleged that the Centre has been using ED to topple the state governments.

“They can only withhold the interest but cannot destroy revenue source of any state,” he said.

The minister was speaking to reporters about the summons issued to him by ED, the plea he has moved in the Kerala High Court challenging the same and the decision not to appear before the agency till the high court decides his petition.

Thomas said that the decision not to appear before the ED was not his personal one and was taken after discussions and deliberations within the party which has decided to await the high court order.

The plea filed by him in the high court is part of the legal initiatives and as part of the political strategy, the public will be taken into confidence against the Centre's actions, he said and added that "if we have the people's support, there is no need to fear any ED".