Ambergris is ‘excreta’ not a ‘vomit’

Dr. A Biju Kumar opined that Ambergris is not exactly a vomit. It is a natural material formed in the intestine of endangered sperm whales as part of digestive processes. It can be some excreta too. Terming it a vomit is totally unscientific. 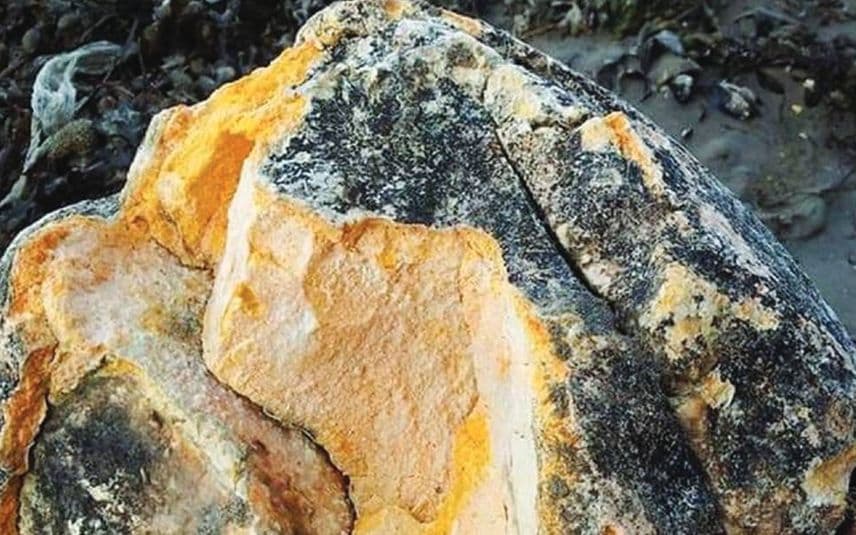 Thiruvananthapuram: Amid the ongoing discussion and research on Ambergris, a substance found in the digestive system of the sperm whales, the head of the Department of Aquatic Biology and Fisheries of Kerala University, Dr. A Biju Kumar, came out against terming the substance a ‘vomit’.

He opined that Ambergris is not exactly a vomit. It is a natural material formed in the intestine of endangered sperm whales as part of digestive processes. It can be some excreta too. Terming it a vomit is totally unscientific, he added.

Ambergris has been in use for over a thousand years to make medicines and perfumes. A glue-like substance in it makes the aroma in perfumes last long.

The sperm whales mostly eat fishes like cuttle and squid. The hard spikes of these fishes would not get digested easily. When it comes in contact with the soft surface of intestine, a fat-like liquid is released. This liquid sticks all these substances together and the intestine absorbs water from it. This process makes it much harder. There are instances where the ambergris covers the intestine of sperm whales and it leads to the rupturing of intestine. It is produced by only one percent of the sperm whales. Due to this reason, Ambergris is so precious and valuable.

When Ambergris float in seawater, the sunlight and salty water slightly transform it. In India, it costs around Rs1 crore and trading and handling it is illegal.

On Friday, the Wildlife Crime Control Bureau officials seized 18 kg of ambergris from Chettuva in Thrissur. The officials reported that the 18 kg ambergris will amount to Rs 30 cr in the international fragrance market.

Vadanappally native Rafeeq (47), Palayoor native Faisal (40) and Aluva native Hamsa (49) were arrested in connection with the case. In the statement to the Wildlife Crime Control Bureau, the accused said that they collected ambergris from fishermen. But the officials were not convinced with this statement. It is for the first time ambergris is seized in Kerala.