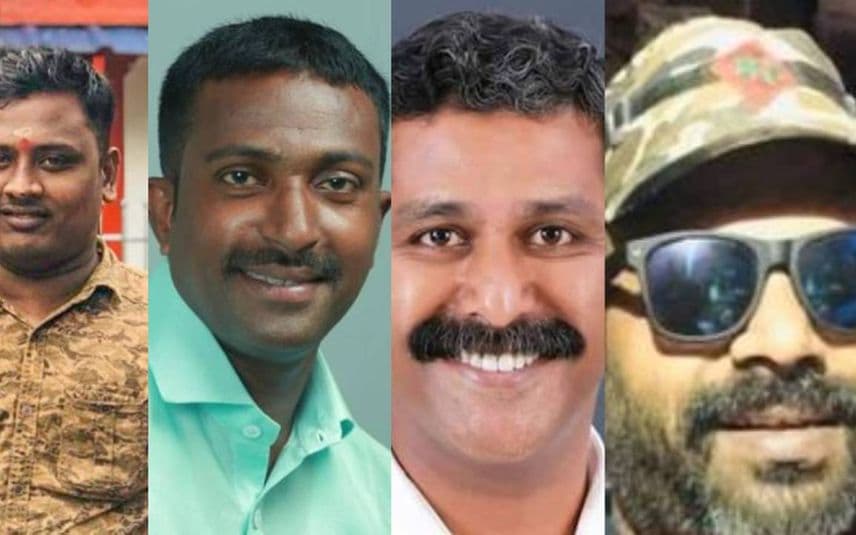 Kozhikode: It seems that the alleged rivalry between RSS and SDPI has had one more victim in the state. The murder of SDPI worker Subair in Elapully of Palakkad district is the latest in the chain of events that claimed four lives in the last six months. The police have already said that the murder of Subair is politically motivated.

RSS worker Sanjith was murdered at Mambaram in Palakkad, 20 km away from Elapully, on November 15, 2021, at around 9 am. A four-member gang brutally hacked the RSS worker to death in broad daylight in front of his wife. The victim was the ‘Boudhik Pramukh’ of Elappully Zone. The man was on his way from his wife's house.

Similar to the murder of Subair, the assailants followed him in a car and rear-ended his bike. As he toppled, the gang stabbed him, onlookers said. Though he was rushed to a Palakkad District hospital, he succumbed. Among the five murderers, four stepped out of the car and attacked Sanjith. They escaped from the spot only after confirming his death, stated the remand report.

BJP alleged SDPI was behind the murder. Conflicts between SDPI and RSS in the Elapully region led to the attack, it is believed. The accused are SDPI and Popular Front workers.

Sanjith's wife moved to the high court seeking a CBI probe in the case. The HC in March reserved its verdict, which is yet to come out.

In a month, a twin murder in Alappuzha shocked the state. Two leaders of SDPI and BJP were killed in 12 hours on December 18 night and 19 early morning. Both victims were state leaders of the two arch-rival organisations in Kerala, and the second murder is believed to be in retaliation to the former.

SDPI state secretary KS Shan was hacked by a group of four members at Mannancherry on December 18 night. He was rushed to private hospitals in Alappuzha and then shifted to Kochi. His death was confirmed by 12.45 am. The modus operandi of Shan's murder was similar to that of Subair and Sanjith. The alleged assailants belonged to BJP and RSS, said police. MK Faizi, SDPI president, alleged that Shan was murdered by members of RSS.

BJP state committee member and OBC Morcha state secretary from Alappuzha, Ranjith Srinivas was killed at his home by the miscreants within 12 hours of the murder of Shan. Renjith Sreenivasan, the deceased, was a candidate in the Alappuzha constituency in the 2016 assembly elections.

"Strongly condemn the brutal murder of OBC Morcha State Secretary Adv. Renjith Sreenivasan by PFI terrorists. He was hacked to death in broad daylight. Renjith contested the assembly elections in BJP ticket in 2016. PFI has murdered three BJP-RSS leaders in the last two months," K Surendran said in a tweet.

Minister of State for External Affairs V Muraleedharan attacked the state government for the murder. "Goondaraj takes yet another precious life. CPM rule turning the state into a killing field," he tweeted.

Leader of Opposition VD Satheesan said: "They are enemies who feed each other and the murders are a conscious attempt to create divide in the state. This is a result of the 'social engineering' done by chief minister."

In February 2021, SDPI was accused of murdering RSS worker Nandu in Vayalar, Alappuzha. BJP and SDPI leaders are alleged of murdering workers from other parties like CPM as well.

However, like in the case of all murders of political workers in the states, BJP and SDPI have denied their involvement.

Where did money allegedly swindled by Praveen Rana go?