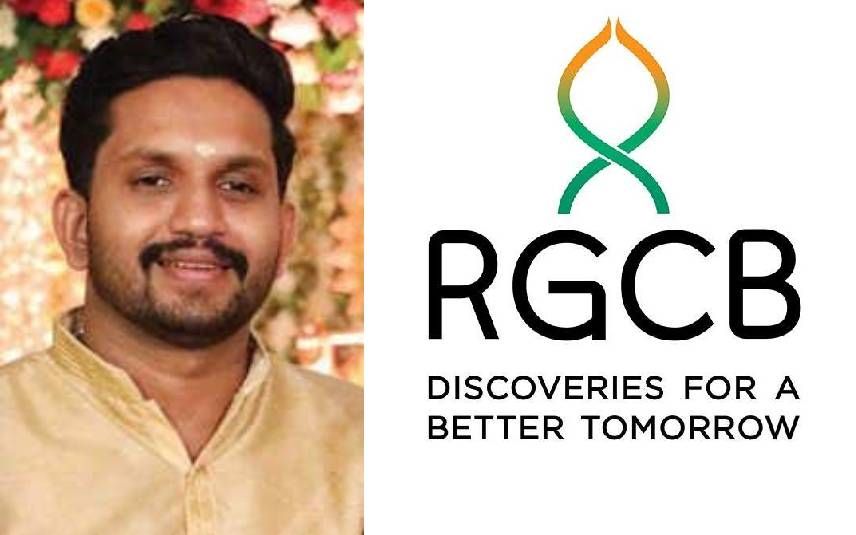 Thiruvananthapuram: As the controversy of the appointment of Chief Minister Pinarayi Vijayan's Secretary K.K.Ragesh's wife Priya Varghese alleged back door appointment to the Kannur University is yet to settle down, there comes fresh news that State BJP president K.Surendran's son allegedly managed to get a posting at Rajiv Gandhi Centre for Biotechnology (RGCB) based here.

RGCB is an autonomous Institute of the Department of Biotechnology, Government of India.

The Congress and the CPI-M are up in arms against this and have demanded a probe into the appointment of K.S.Harikrishnan as Technical Officer at RGCB.

Harikrishnan has a B. Tech in Mechanical engineering.

Allegations have started to come thick and fast that the entire process of selecting one person out of 48 who took the test, was on fast track as the three-phased testing process took place in a flash and in June this year, Harikrishnan was appointed.

Kannur CPI-M district secretary M.V.Jayarajan said that this is a grave issue on how in various Central institutions, BJP activists are able to wriggle in and probe is thus needed.

Youth Congress president and three-time legislator Shafi Parambil said: "What's happening in Kerala is when the Left sympathisers, especially wives and kin of top CPI-M leaders are given jobs on the sly in Universities and state-run organisation, the BJP matches up by filling up their people in Central institutions."

RGCB officials said that this appointment was done a few months back and he is undergoing training and all the mandatory procedures and that protocols have been followed in the appointment, adding that the family history of the candidate is not at all looked into.