Alarming COVID-19 spike in Kerala with 301 cases on Wednesday; 90 through contact 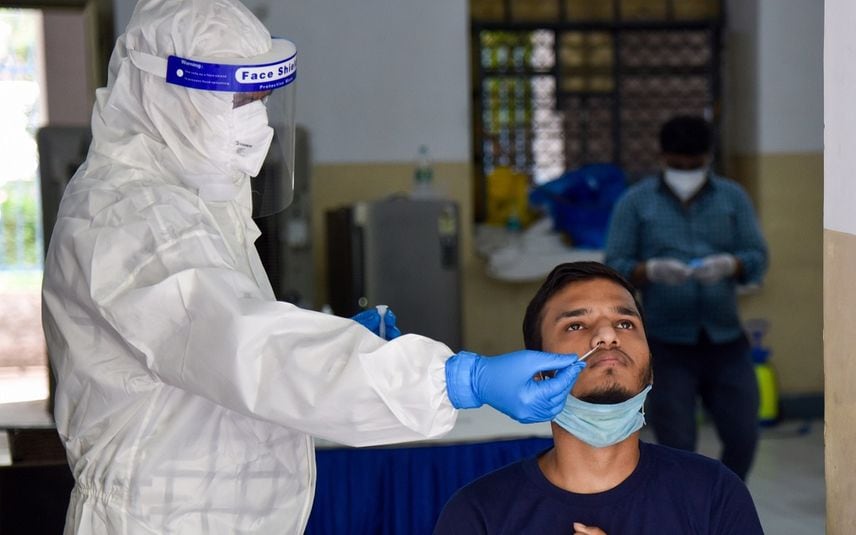 Thiruvananthapuram: Kerala reported a record 301 COVID-19 cases on Wednesday while 90 among them contracted the virus through contact, informed Chief Minister Pinarayi Vijayan in a virtual press conference.

Thiruvananthapuram district recorded the highest number on Wednesday with 64 positive cases. There are 46 cases in Malappuram, 25 each in Thrissur and Palakkad, 22 in Kannur, 20 in Idukki, 18 in Alappuzha, 17 in Kottayam, 16 in Ernakulam, 15 in Kozhikode, 14 in Wayanad, 8 n Kollam, 7 in Pathanamthitta and 4 in Kasaragod.

Out of the total 301 people who tested positive, 99 had returned from abroad. They included 34 from Saudi Arabia, 24 from UAE, 19 from Kuwait, 13 from Qatar, 6 from Oman, 2 from Bahrain and 1 from Kazakhstan.

Meanwhile 95 returned from other states. They include 25 from Karnataka, 21 from Tamil Nadu, 16 from West Bengal, 12 from Maharashtra, 11 from Delhi, 3 each from Telangana and Gujarat, 2 from Chhattisgarh and 1 each are from Assam and Jammu and Kashmir.

Alarmingly, 90 contracted the disease through contact. They include 60 from Thiruvananthapuram, 9 from Ernakulam, 7 from Malappuram, 5 from Kozhikode, 3 from Alappuzha, 2 each from Pathanamthitta and Kottayam and 1 each from Kollam and Idukki.

The follow up sample test result of Kollam native Manoj, who died after returning from Dubai, held at the ICMR lab (NIV – Alappuzha) came out negative.

At present, 1,85,546 people are under observation in the state, out of which 1,82,409 are in home/institutional quarantine while 3,137 are in hospitals. 421 people were taken to the hospitals on Wednesday.

The number of tests has been increased with 11,250 samples being tested in the last 24 hours.

There are 169 hotspots in Kerala.