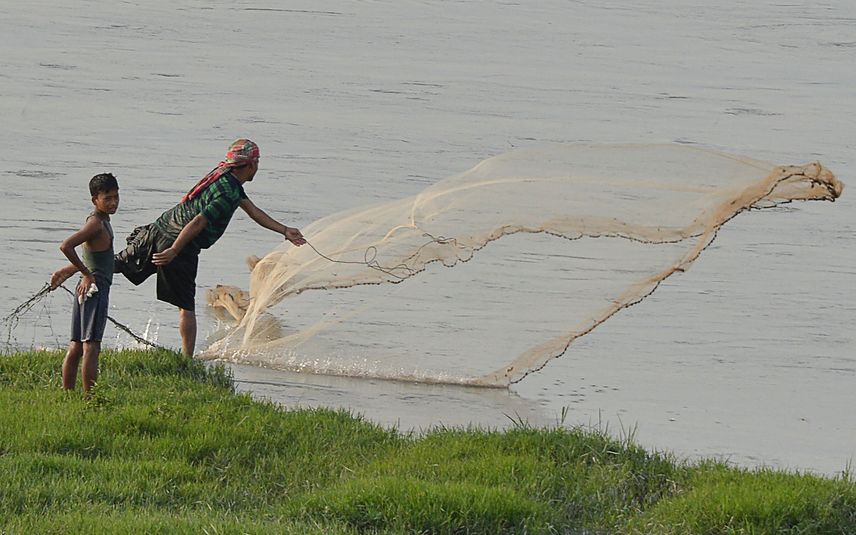 Mavelikkara: Rajan from Alappuzha’s Thekkekara was engaged in fishing like his normal days in the Arattukadavu TA canal in Thondiyoor-Kandiyoor stretch. However, Monday’s catch was strange for him. Along with the fish, he got a highly explosive grenade from the net. The timely intervention averted a possible explosion as Bomb Detection Team disposed the explosive.

The incident happened around 9:30 PM on Monday. Rajan, on suspicion, informed his friends who are in military service. They reached out to the place and identified the object as a grenade.

Though there was mud and rust in the grenade it was live and even had a safety pin. Police immediately intimated the police control room and the officials shifted the grenade to Kurathikad Police Station.

Following that, Bomb Detection Team arrived and disposed the explosive. According to the officials, the grenade had a capacity to cause damage up to a radius of 9 metre and tremors can be felt at a distance of 240 metres. The experts initially decided to dispose it in the police station premises, but later shifted it to Vetticode’s Puncha, considering the potential.

However, as the grenade was aged, the full potential was not reflected. The grenade exploded with high sound and tremors were felt to a radius of 30 metre.

Further details about the grenade have not yet been revealed. The remains from the explosion will be sent for detailed examination.