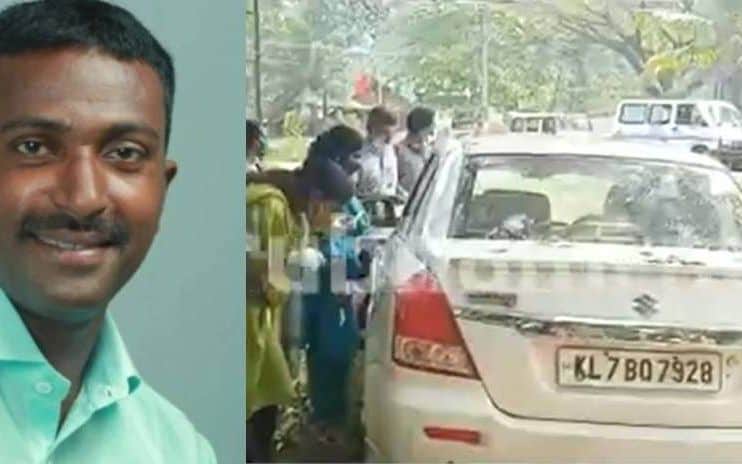 Alappuzha: Police have spotted the car which is suspected to be used by the accused involved in the murder of SDPI leader KS Shan in Alappuzha. The car has been found near the Kanichukulangara temple here on Monday.

Currently, the Mararikulam police along with fingerprint experts are inspecting the car. Earlier, the police assumed that the accused took a car on rent.

SDPI state secretary KS Shan was hacked to death by a group of four members at Mannancherry on Saturday. It was revealed that the assailants were arrived in a car and attacked Shan when he was returning to his house on a scooter.

Later, police have arrested two RSS members in connection with Shan's murder. Prasad and Ratheesh alias Kuttan, both hailing from Mannancherry in Alappuzha was arrested. The SP said that the duo who are in custody were involved in the conspiracy behind Shan's murder. Meantime, the investigation is on for the other accused who are absconding from the police. Earlier, police have taken around 50 people in connection with the murder of SDPI leader Shan and BJP leader Renjith.