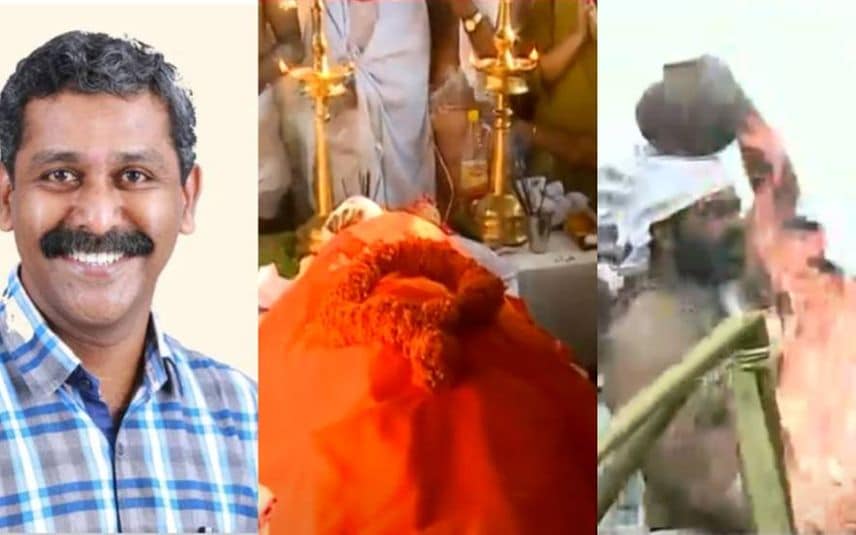 Alappuzha: The slain BJP leader Renjith Sreenivasan's body was cremated on Monday. His brother Abhijith lit the funeral pyre at their ancestral house.

The body was handed over to the relatives by 10.30 am. The postmortem found 30 wounds on his body, of which 20 were very deep. His skull was broken and his face had several cuts.