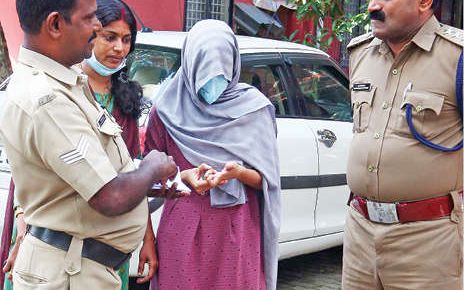 Alappuzha: The woman accused of abetment to suicide in the death of a policeman's wife has been arrested. Shahana (24) was arrested for harassing the policeman’s wife Najla, 27. Unable to bear Shahana’s torture, Najala committed suicide after killing her two children.

Lajanath ward resident Shahana is a college student and wanted to live with the cop. She allegedly threatened Najla and said she would come and live with her husband Reneez, 32, in the police quarters. Police said that Shahana even threatened Najala on the day of death. This continued harassment worried Najla and Reneez too supported Shahana. On May 10, Najala killed her children Tipu Sultan (5) and Malala (1).

Reneez and Shahana are close relatives and were in a relationship for the past few years. Reneez had also intervened in a marriage proposal of Shahana and the family members objected to that. After that incident, Shahana left home and lived in the house of relatives. 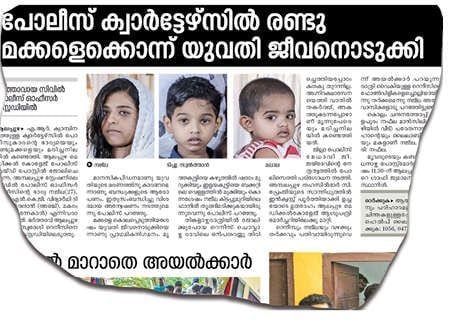 Suspended civil police officer of Vandanam Medical College Hospital police aid post Reneez is presently lodged in jail. He has been charged for dowry harassment and police said he has received large amount of money from Najala’s family multiple times besides Rs 10 lakh and 40 sovereigns of gold as dowry. Reneez had also sent his wife to her house for not accepting his demands.

Police have also found that Reneez used to lend money for hefty interest. Land documents, cheque leaves and other papers believed to be used as bond for the money offered were recovered from his house.