Alappuzha bypass to be inaugurated on January 28; Prime Minister to give a miss

The bypass is 6.5 km long and it extends from Kommady to Kalarkodu in Alappuzha district. It will be opened to the public after a period of 4 decades. 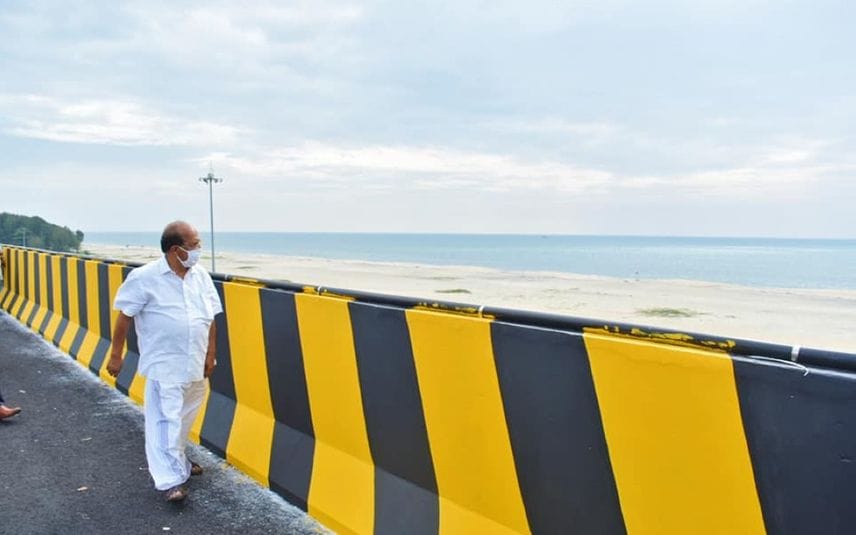 The bypass will be opened to the public after a period of 4 decades. Earlier, Narendra Modi had expressed interest to inaugurate the bypass. But there was no followup from the PM's office. Few days ago, Kerala PWD Minister G Sudhakaran had written to the Union Transport Minister to conduct the inauguration as soon as possible. Sudhakaran also requested for the Prime Minister's availability for the inauguration.

However, the Prime Minister has informed that he will not be able to attend the event. It is in this context that the date of inauguration has been declared. The inauguration will be held on January 28 at 1 pm in the presence of G Sudhakaran among others.

The bypass is 6.5 km long and it extends from Kommady to Kalarkodu in Alappuzha district. Out of this, 3.2 km is an elevated highway. The elevated highway was constructed to preserve the beauty of the Alappuzha beach.

The foundation stone for the 1st phase of Alappuzha bypass was laid in December 1990. The project was implemented with 50 percent partnership between the state and the Centre. The project picked up momentum after the construction of Kuthirapanthy-Malikamukku overbridge was completed.